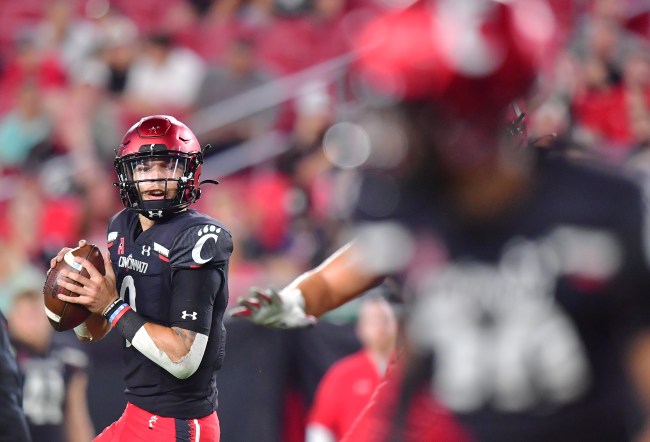 The wait may be over soon for college football fans. If Dan Patrick is right, they may soon get the College Football Playoff expansion they’ve been clamoring for.

DP has an update on the College Football Playoff expansion from a source:

"A 12 Team College Football Playoff is a go. But they want to get it done for next season. If it's not approved in December, the Playoff won't be a go with 12 teams until 2025."#CFBPlayoff pic.twitter.com/MXqFvfglKX

Patrick is off on his dates here, as the Playoff can’t expand until 2024 and wouldn’t come until 2026 if the committee can’t reach an agreement in December. However, it is still promising to hear that we’re getting close to actually seeing a change made to this flawed system.

Fans have been begging for change to the system for years now after watching Alabama, Clemson, Oklahoma, and Ohio State repeatedly meet up in the playoff. Fans have grown tired of the selection committee repeatedly choosing those teams over more interesting new contenders like undefeated UCF (twice) and Cincinnati squads that have come out of the AAC.

While many fans had been expecting the playoff to start expansion with a move to 8 teams, this 12 team configuration would provide one fun wrinkle. The committee’s decision on who the top 4 teams are would still matter.

This expansion would guarantee a spot in the playoff to the best group of 5 champ, but it would also certainly necessitate a first round bye. That would at least maintain some of the drama of the selection committee‘s arbitrary criteria determining who would get to rest during the first round.

Hopefully the committee can actually get this through in December because fans will be grabbing their torches and pitchforks if Cincinnati gets left out of the playoff again this year.