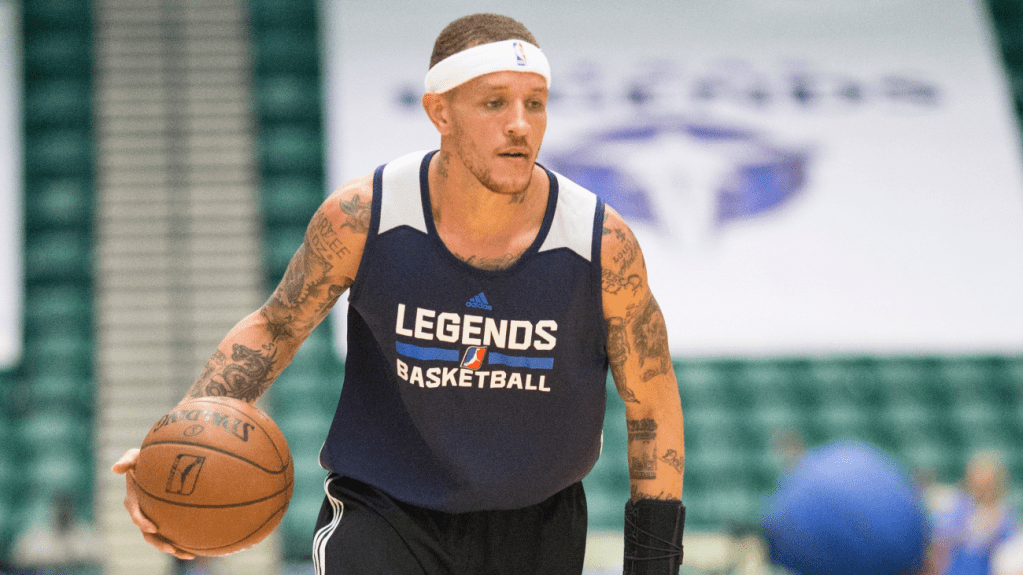 The tragic saga of Delonte West’s recovery has taken a downturn. West was reportedly arrested in Fairfax County, Virginia and booked on 4 charges earlier this month according to a report from TMZ.

Earlier this Summer, Delonte West had gotten a flooring job just weeks after a heartbreaking panhandling video of him went viral. That was in June and it’s unclear when (or if) his employment ended before the arrest.

The Fairfax County Police Department say they received reports of someone ‘trespassing in a vehicle’ and upon arrival they found Delonte West near the parking lot. After approaching him, West reportedly became combative and then took off running.

He was arrested on October 15th and booked with charges of ‘vehicle trespassing, entering a vehicle, fleeing from law enforcement and drunk in public’ before being released from jail on October 16. Fairfax County is in Northern Virginia just on the outskirts of Washington DC. TMZ reports:

According to the Fairfax County Police Dept. in Virginia, officers were called to a local parking lot at around 5:53 PM on Oct. 15 after they say witnesses saw the former NBA player trespassing in a vehicle.

Cops say when they arrived on scene, they found West near the parking lot … but claim he became combative when they attempted to slap cuffs on him. According to an FCPD spokesperson, West took off running … but was tracked down a short distance away. He was eventually taken into custody.

The report from TMZ has a video from earlier this month showing Dallas Mavericks owner Mark Cuban discussing Delonte West’s situation. At that time, Cuban said “he had been made aware that things weren’t going smoothly with his former player … saying West was still struggling with some issues” according to the report.

The road to recovery for Delonte West has been long and troubled. But there have been some bright moments. He was seen shooting the ball around back in February which had the NBA world hopeful he was on the path to recovery. And in January 2021, West had landed a job at a treatment center.