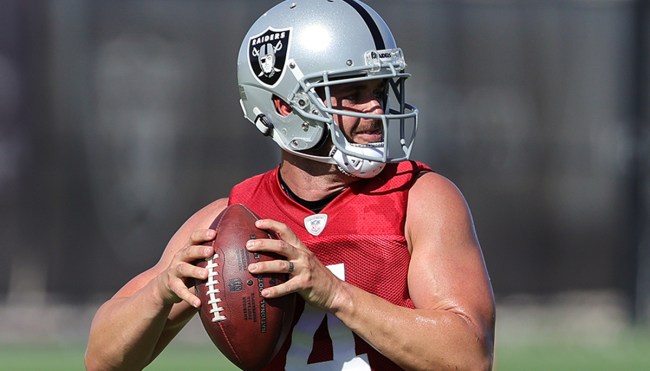 It’s been a few weeks since NFL teams around the country began to gather for training camp, and by now, we’ve been treated to a number of compelling storylines to keep an eye on when the regular season kicks off on September 8th.

Now, certain situations could certainly change as squads continue to make various tweaks over the course of the next month. However, as things currently stand, it seems like the Jaguars are going to be dealing with some major kicking headaches, the Steelers are going to sorely miss having Ben Roethlisberger in the pocket, and the Patriots are in a position to remind their fans what pain truly feels like for the first time since the Drew Bledsoe Era.

People who root for those franchises might not have a ton to be excited about, but there are obviously more than a few on the flip side of the coin that have been able to inspire a fair amount of hope; Patrick Mahomes continues to cement the hype surrounding him and the Chiefs by showcasing some new Patrick Mahomes Things, and the fact that Dan Campbell’s caricaturesque Football Guy mentality has clearly permeated the Lions locker room makes it hard to not be intrigued by Detroit this year.

It might also be worth keeping an eye on the Raiders based on what Tashan Reed of The Athletic had to say in an article where he summarized some of the biggest takeaways to come out of training camp so far.

None of them stuck out more than a section concerning Derek Carr, as the quarterback has managed to set the bar pretty damn high by managing to avoid throwing a single interception as of Monday:

“Derek Carr has looked really sharp throughout training camp. I haven’t observed him throw any interceptions and it’s clear that his chemistry with receiver Davante Adams hasn’t gone anywhere.

Carr has already proven himself to be one of the better quarterbacks in the league, but it’s still impressive to see how quickly he’s adjusted to learning yet another new play caller and offensive scheme.”

Is there a chance this is more of a reflection of the team’s pass defense as opposed to a testament to the 31-year-old QB’s sudden increase in prowess? Sure, but that shouldn’t (and likely won’t) stop Las Vegas fans from getting irrationally excited about the team’s prospects.