3 Of The World’s Best Dunkers Go Off In A Game Of Slam Dunk H.O.R.S.E.

Season 3 of Dunk League by Whistle is nearing the end. After Tyler Currie came back from the grave last week and won the redemption round we’re down to three semifinalists for the $50,000 Dunk League Season 3 prize. And this week features the most challenging of all Dunk League competitions: D.U.N.K.

The game of D.U.N.K. is basically the slam dunk version of H.O.R.S.E., the schoolyard game every kid who has ever held a basketball played at some point in his/her life. But the stakes here are higher than ever. Fifty grand is on the line and only two of the three dunkers will advance.

These final three athletes are three of the best dunkers around. They’ve earned the right to compete in this moment. This is the first challenge of Dunk League where Jordan Kilganon, Jonathan Clark, and Tyler Currie won’t face any judges. It’s man vs man vs man. No points, just dunks.

Check out the action right here:

Going into the semi-finals of Dunk League Season, I think Tyler Currie was definitely the underdog. He came into last week already eliminated and jammed his way past all of the other previously eliminated athletes.

Jordan Kilganon and Jonathan Clark have been as steady as they could possibly be in pursuit of the fifty grand Dunk League grand prize. If you haven’t had time to catch up on previous episodes of Dunk League: Volume 3, you’re in luck. You can check them all out right here on BroBible.

And if you enjoyed those videos, be sure to smash that ‘subscribe’ button on the Whistle YouTube channel above! The finals are next week and one of these dunkers will walk away with $50,000 so check back this time next week to see who wins it all! 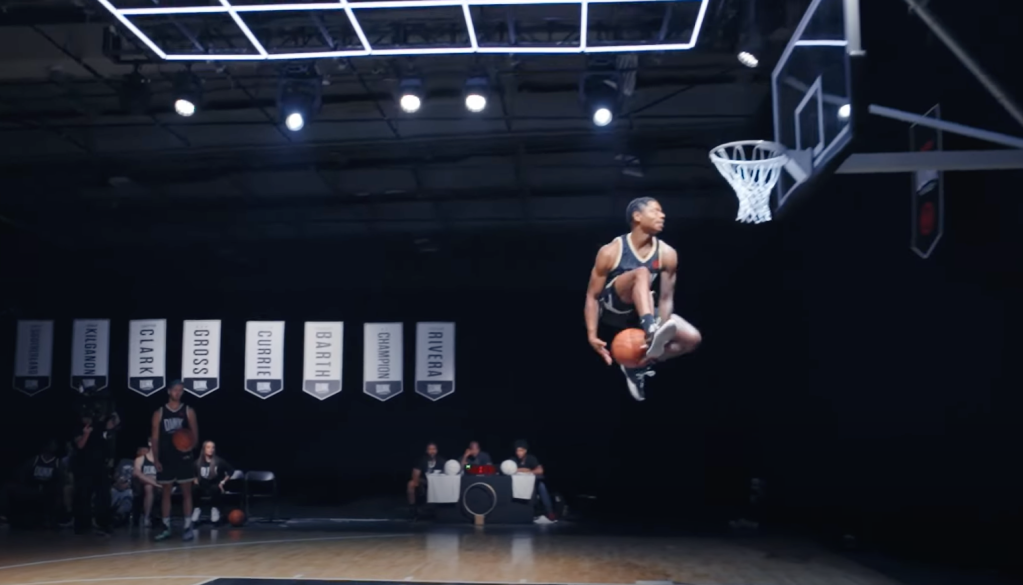