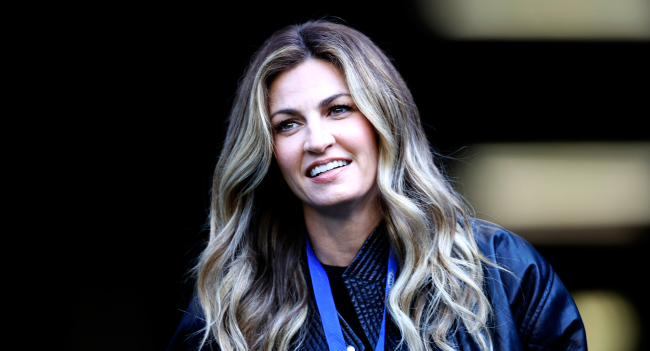 Fox Sports sideline reporter Erin Andrews has met a lot of people and seen a lot of great moments in sports. After all, she has been doing it since landing a job as a freelance reporter for Fox Sports Florida way back in the year 2000.

She has done reporting on everything from the College World Series and Great Outdoor Games to the Scripps National Spelling Bee and Big Ten basketball games.

There is one particular person in sports, though, that Erin Andrews says is her favorite to interview. (No, it’s not Aaron Rodgers.)

During a conversation this week with The Spun, Andrews revealed that her favorite athlete to interview is newly-elected Baseball Hall of Famer David Ortiz.

Erin Andrews explains why Big Papi is the best interview

“I think it’s going to be David Ortiz. Why? Just that smile and it doesn’t matter what he says it’s just the smile,” said Andrews. “You know, I did a post-game interview with him after the Red Sox won it all after the Boston bombing. Of course I had to make him reenact the “this is our bleeping city!’ You’re never supposed to give your microphone up and I just handed Papi my microphone. If you’re ever been around David Ortiz, I mean, you don’t even have to be around him – just look at that gorgeous smile and he just radiates this vibe that everyone just flocks to him. So, yeah Papi is one of my all-time faves.

“And I think right before that interview, my dad was standing with me because I got my dad down on the field cause he’s a Red Sox fan. Papi came out as we were walking from the concourse back on the field and he was in a tank top and goggles and he was spraying me and my dad with champagne. It was just awesome! It was a daughter’s dream come true for her father.” 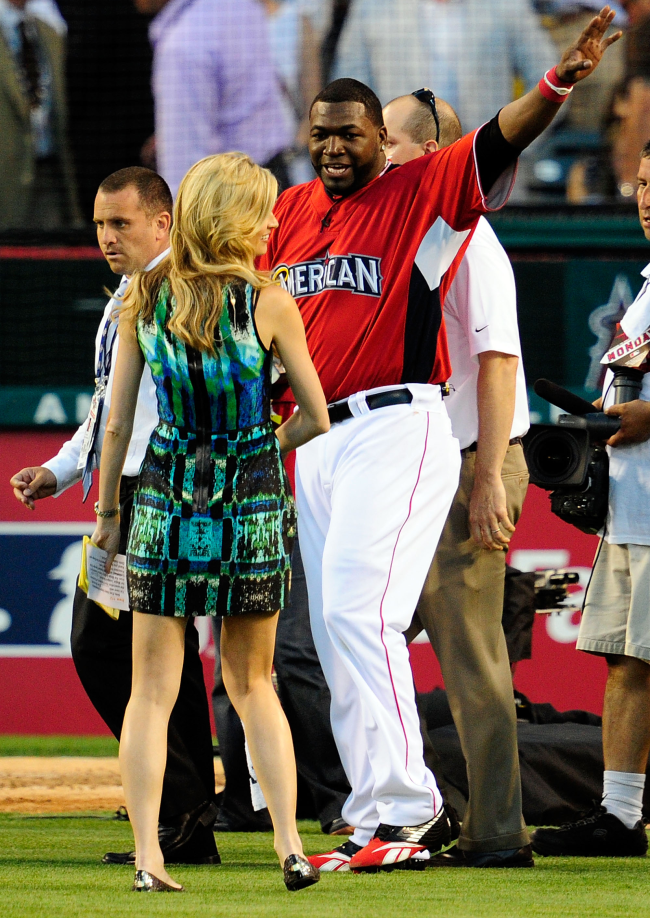 Not that everything related to her job is butterflies and sugar cookies. She also shared her “least favorite” part of being a sideline reporter.

“It’s really hard to eat on the sidelines. I’m laughing and looking over at my girl who works at FOX and does our makeup and she goes down and I’m just shoving an Uncrustable in my face,” she said. “Then she goes up to the booth with Joe and Troy and they have a sushi spread and a coffee bar and chicken fingers. I’m like I’ll die for a chicken finger down on the field. Someone will say, ‘hey, Troy wants to know if you want this salmon dish?’ It’s like, ‘where and I going to sit down and have a salmon dish?’ We’re third-and-four here and Deebo’s driving like what are we doing? So, yeah you need to have like a quick trail mix or an Uncrustable, you don’t get to eat at all. You can’t even go to the bathroom half the time – it’s a real treat. That is the worst part of the game, but besides that the gig is amazing.”

Naturally, Andrews is also hoping that Troy Aikman stays with Fox, but she also points out in the interview, “My contract’s up, I mean come on!”

As they say on TV, stay tuned.