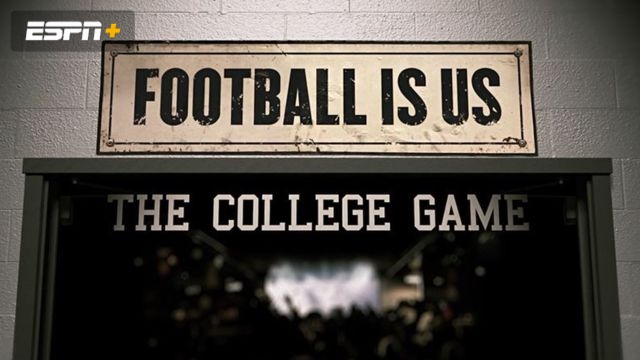 Chances are you’re stuck in your house during the ongoing coronapocalypse and if you’re a sports fan you’re probably craving some sort of fresh new sports-related content with the sports world on hold at the moment.

It’s a proven fact that there is no bad time to watch any form of college football content and as luck would have it, ESPN+ has all the CFB video content you could ever need right now.

It’s not just simple replays of classic games, either, the platform is streaming shows and docuseries about the history of the game.

It’s only $4.99 a month and you can watch it on all of your usual devices.

Why not take a look back and learn something about the greatest sport on earth while you’re stuck inside?

Here’s an in-depth look at some of the college football shows and docuseries streaming on ESPN+ now:

So, sit back, relax and become a savant of college football.

More stuff to do during the coronapocalypse…

• A Running List Of All The Movies Getting An Early On-Demand Release As Theaters Everywhere Shut Down
• Here Are 10 Movies To Watch If You Really Wanna Just Freak Yourself TF Out
• A New Chrome Extension Lets You Watch Netflix With Your Friends While Everyone’s Holed Up At Home
• Silver Lining: These Dark Times Have Produced Some Anthems That Slap
• A 24-Hour ‘Bar Rescue’ Marathon Is Streaming For Free On YouTube To Make Self-Isolation A Little Less Miserable
• Now Is A Perfect Time To Try These Alcohol Subscription Boxes
• What’s The Best Worst Movie Ever Made? We Filled The Bracketless Void In Your Life To Try To Find Out
• Philadelphia Police Have Decided To Delay Arrests For Prostitution And Drugs