Shailene Woodley Plans To Be In Green Bay With Aaron Rodgers: ‘They Don’t Like To Be Apart For Too Long’ 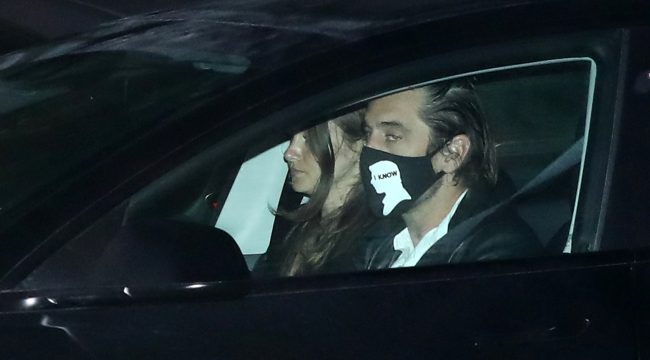 It sounds like Divergent actress Shailene Woodley is going to be participating in her fiance Aaron Rodgers’ favorite activity, “cuddle time,” during the NFL season.

According to a new report by E! News, the 29-year-old Hollywood star will be spending as much time in Green Bay as possible over the next several months as her man steps back on the football field for the Packers.

“The Packers games are the only ones I find really interesting because I have people to actually root for,” Woodley told Seth Meyers back in July.

“But it is a whole new world, learning all of the different—I still am always, ‘Oh, you scored a goal.’ He’s like, ‘It’s a touchdown.’ Or I’ll be like, ‘You crossed the line,’ and he’s like, ‘It’s a yard,’ or whatever.” Sensing that she still hadn’t quite mastered the lingo, the actress added, “I still can’t get it right, but I’m learning, slowly but surely.”

She’s more of a horse girl than a football fan.

Woodley is currently shooting a movie, Robots, in Albuquerque, but as soon as that is complete she’ll be right there in Wisconsin learning even more gridiron lingo.

Mark your calendars for November 7 when the Packers play against the Kansas City Chiefs. Maybe Woodley will get to meet the insufferable Mahomes family and break the internet.

“Aaron went and dropped her off [in New Mexico] and then he returned to Green Bay to prepare for the season,” said a source close to the actress.

“When she wraps, she plans to support him throughout his season,” the source added. “They don’t like to be apart for too long and are looking forward to being back in the same place again.”

That place, at least during this past NFL offseason, has been all over the map.

The couple spent time in Disney World, vacationing in Hawaii with A-Rod’s new BFF Miles Teller, and just generally doing anything not related to preparing for the Packers’ upcoming season – even if it did cost Rodgers a $500,000 workout bonus for no showing OTAs.

“They were never in one place for too long,” said the source, who added that the couple “thoroughly enjoyed” their time together this summer.

Of course they did. They are “meant to be together.”