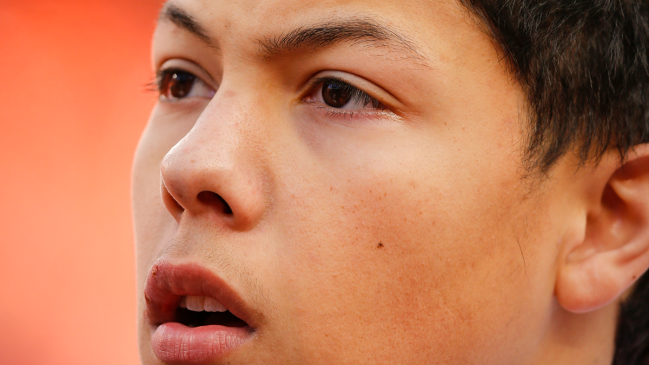 Patrick Mahomes has largely managed to stay out of trouble after finding himself thrust into the spotlight that comes with establishing yourself as one of the most exciting quarterbacks in the NFL. Unfortunately, the same can’t be said for some family members who’ve routinely made headlines for all of the wrong reasons.

It’s kind of hard to blame Patrick’s mother Randi or his wife Brittany for being vocal supporters of the Kansas City QB, although both of them have managed to rub plenty of people the wrong way by incessantly complaining about questionable calls and getting mad at national media outlets who have the nerve to frame him in a slightly unflattering light.

However, neither of them can hold a candle to the Insufferability Level Jackson Mahomes has managed to ascend to since latching onto his brother’s coattails in a somewhat successful quest to cultivate a Personal Brand he’s repeatedly tarnished thanks to some questionable behavior.

Jackson was unrepentant after he was filmed throwing water on a Ravens fan who heckled him during a game in Baltimore in 2021, and while he may not have intended any disrespect, he was still roundly criticized over a video where he danced on an on-field memorial honoring Sean Taylor at FedEx Field a few weeks later.

He was also on the receiving end of a scathing takedown posted by a Kansas City cocktail bar that put him on blast for his sense of entitlement, and while there may have been no truth to the rumor that Patrick reached a point where he asked his younger sibling to stop attending games, the fact that so many people thought it was plausible speaks volumes about his reputation.

Jackson has been able to leverage Patrick’s fame to amass a sizeable following on social media, and the fact that he’s managed to rack up over 1 million followers on TikTok is fairly impressive when you consider the bulk of his posts are humblebrags in the form of unremarkable videos of him dancing and lip-syncing in front of an envy-inducing backdrop.

been a minute, what up

It took him close to 120 attempts, but I’m happy to report Jackson has finally uploaded a TikTok that’s actually worth watching after someone used his phone to capture a great exchange between Patrick and Henry Winkler that transpired when the Chiefs faced off against the Rams in Los Angeles (the actor best known for playing Fonzie on Happy Days doesn’t have any direct ties to Kansas City, but he’s developed a bit of an obsession with the QB he described as “the Harry Styles of football”).

SUCH A COOL EXPERIENCE!!