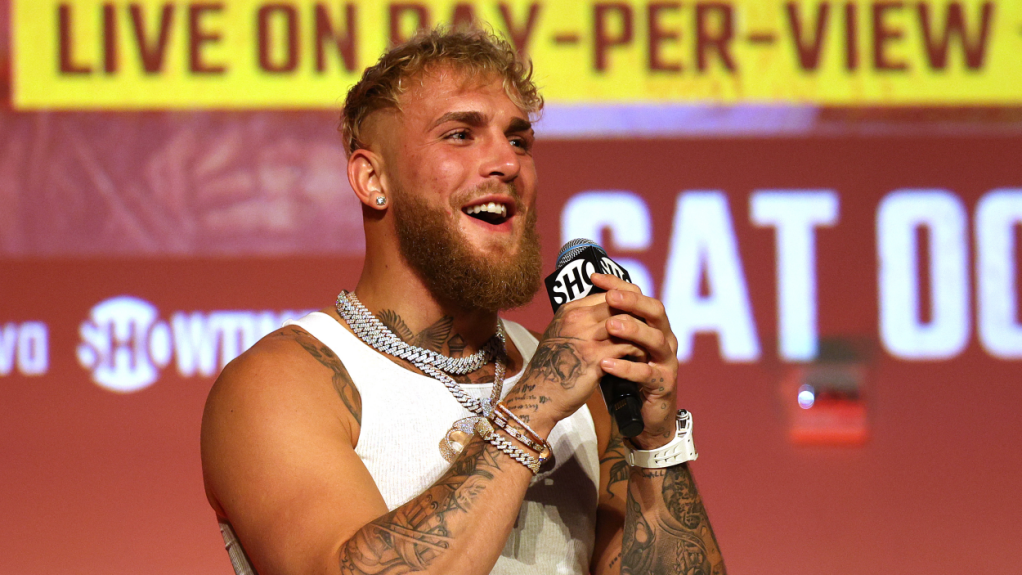 It is fight week for Jake Paul and Anderson Silva. The 5-0 Paul will square off against Anderson Silva who holds a 3-1 (2 KOs) boxing record but holds the record for the longest title reign in UFC history at 2,457 days. After this fight, Jake wants a shot at Tyson Fury and/or Conor McGregor.

This boxing match holds a LOT of upside for Jake Paul because he’ll soon be able to say he fought one of the best fighters of their generation. But Anderson Silva is 47 years old, nearly twice the age of Jake Paul. It would be criminal to treat this fight as if it’s Jake going up against a top-tier version of Anderson Silva as a fighter.

None of that dissuaded Jake Paul from attempting to fat-shame Tyson Fury, a boxer who wants nothing to do with Paul, in a recent video full of colorful language. But the Internet did as the Internet does, and there was a considerable amount of blowback for Jake’s video.

Jake Paul appears to have had a fat suit made for the video and then had it tattooed and spray-tanned to match Jake’s skin tone and tattoos:

I suppose there’s some perceived wiggle room, no pun intended, with the ‘fat shaming’ here because Tyson Fury is a professional athlete. It’s not as if people are expected to take Jake seriously when the person he is attempting to make fun of has been a professional boxer, a 2-time World Champion, who fights in the heavyweight division.

Someone had to say it:

That was the cringiest thing I’ve ever watched

This Drake reaction video once again finds a perfect home:

Someone astutely pointed out this little squeal from Jake might be the most damming part of the video, not the fat suit:

Can someone please explain what just happend here. pic.twitter.com/QnDoZ3Cvzi

It wouldn’t even last half a round:

Jake Paul is expected to handle Anderson Silva in his fight this week. After that, the chances that Jake gets a shot at Tyson Fury in his next fight are less than 1% of 1%. The chance at a Conor McGregor fight is slightly higher but Jake has previously pointed out why he doesn’t think that’ll happen.