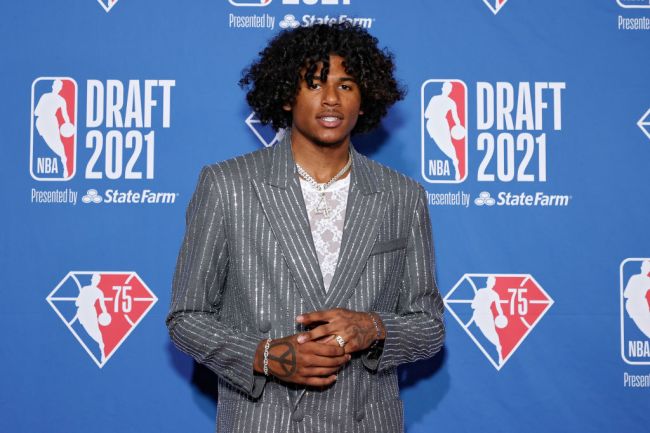 Detroit is down bad.

Just one week after it was confirmed in the Malice at the Palace documentary that the Pistons fans who wondered onto the court looking for action is just as big of a dimwit as the public feared, Jalen Green—Rockets rookie guard and the Poster Boy for the next generation of hoopers—is shading the city at large.

In a profile with Chris Haynes of Yahoo Sports, the best shooting guard in the class of 2020 thanks his lucky stars that the Detroit Pistons bypassed him and took Cade Cunningham with the No. 1 overall draft pick, comparing the Motor City to the G-League bubble.

“I wanted to be the No. 1 pick, but as for the location, I didn’t want to be in Detroit,” Green told Yahoo Sports. “I felt a lot more comfortable in Houston. It felt like a real homey environment. With Detroit, it felt like I was just going back to the G League bubble, and I just got out of the bubble. That’s pretty much what it was.

The merits of the city aside, the Pistons haven’t won a playoff series since 2008, when Green was six years old.

NBA Twitter’s reaction to the 19-year-old’s scathing assessment of Detroit was a mixed bag of good content.

Jalen Green to the city of Detroit:pic.twitter.com/wKXfaEX3MJ

Jalen Green when he gets introduced in Detroit: pic.twitter.com/Ipy1B7l4Jc

Never wanted Jalen Green and his garbage comments about Detroit reinforces that.

Jalen Green: "I'm going to light the Pistons up every single time we play for not taking me first in a city I never wanted to live in anyway and sending me to the city I wanted to be in" https://t.co/MBO8hFLCQQ pic.twitter.com/tuqxtrx3h2

Jalen Green when he drives into the paint against us pic.twitter.com/TpRuDMbwAl

Jalen if you’re looking for recommendations when you’re on the road in Detroit this season, I found the Ford Piquette Avenue Plant to be quite an effective sleep aid.