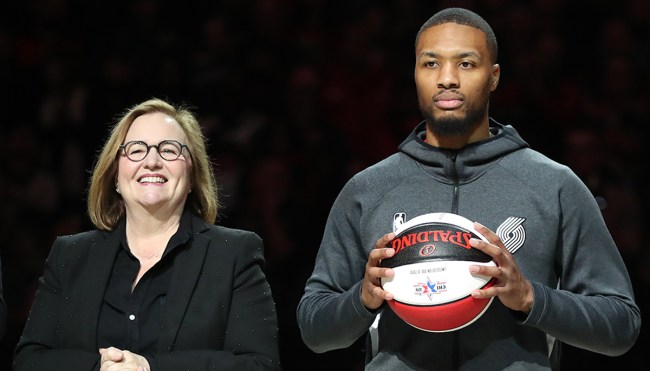 When Microsoft co-founder Paul Allen passed away in 2018, he left behind a diverse portfolio thought to be worth over $20 billion along with a plan to give almost all of it away to continue to fund the variety of philanthropic causes he used his fortune to support prior to his death.

While the details of that plan have been shrouded in a fair amount of secrecy, sportswriter John Canzano made a few waves back in May when he hinted it was only a matter of time until Allen’s estate would be forced to offload the Seattle Seahawks and the Portland Trail Blazers due to a clause in his will that mandated the sale of the two franchises.

Those teams have legally been in the care of Allen’s sister Jody since his passing, but based on the statement she released earlier this week, it doesn’t appear any sale is imminent.

That statement was issued around a month after Nike co-founder Phil Knight teamed up with Dodgers co-owner Alan Smolinisky to place a $2 billion bid for the Trail Blazers. However, it doesn’t appear they’ve made much progress in their quest to acquire the team—which may have something to do with the management style that has apparently led to Jody Allen creating some tension in Portland.

On Thursday, The New York Post published an article concerning the variety of ways Allen has allegedly rubbed people the wrong way since taking over for her brother. If the report is to be believed, one of the biggest issues is the decidedly hands-off approach she’s accused of taking by delegating many issues to Bert Kolde, a longtime friend of Paul who now serves as the Vice Chair for both teams under her watch.

Former Trail Blazers president Larry Miller claims Allen declined to speak with Knight after he called about a potential sale, but he’s apparently far from the only person who’s had trouble getting in touch with her.

According to an unnamed source, Damian Lillard was also unsuccessful in his quest to talk with Allen about the direction of the team, as she apparently ignored a call and an email from the franchise player before passing the buck to Kolde:

“Damian wanted to sit down and have a conversation with Jody about the team and she didn’t return his call. Then he tried to email her. Eventually she just never responded and put him in touch with Bert.

When you own a team, there are critical key decisions to make and you should be the one involved in making the decisions.”

That’s not a great look.