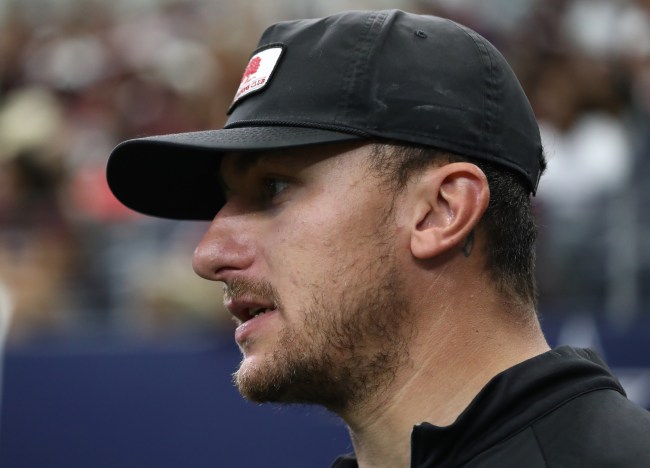 When I read that Johnny Manziel was just 27 years old, I almost sent a correction into Wikipedia.

Johnny Football has been through more transcendent highs and soul-crushing lows in the public eye to saturate six lifetimes. He should be 41 by my estimation.

From ascendance at Texas A&M, to Heisman Trophy winner, to two-year NFL flameout, to Canadian Football League, to AAF, to rolling up a dollar bill in a public bathroom, to his own father calling him a ‘druggie,’ to marriage, to bipolar diagnosis, to divorce, to #ComebackSZN, and now…

I’ll be the first to admit, I got a bit emotional this week when Manziel admitted to officially putting football behind him and focusing on being happy. We all relished in witnessing the runaway train that was Johnny Football, even when it started to veer off the tracks. It feels dirty now to have indulged so willingly in his pitfalls, undermining his pain. Sadly, in the profession I’m in, the feeling of gnawing at the carcasses of public figures can yield a metric many of us bloggers mistake for success. In retrospect, I wish I had rooted more for Johnny, and less for the story.

I hope others, too, can start to look at Johnny a bit more humanly now that the circus has packed up and left town.

Imagine having the gall to tell a guy who had NFL lineman trying to squash him for two years that he doesn’t know the true value of hard work. Go home, Steven, you’ve done enough data entry for the day. Your wife is making your fat ass a shepard’s pie.

Eight million dollars in career earnings at 27 years old. An oil tycoon dad who’s worth another $50 million. Do whatever the hell you want, Johnny. You deserve it.