Johnny Football Issues PSA To His Fans Telling Them If He Can Stop Clubbing During This Trying Time, So Can They 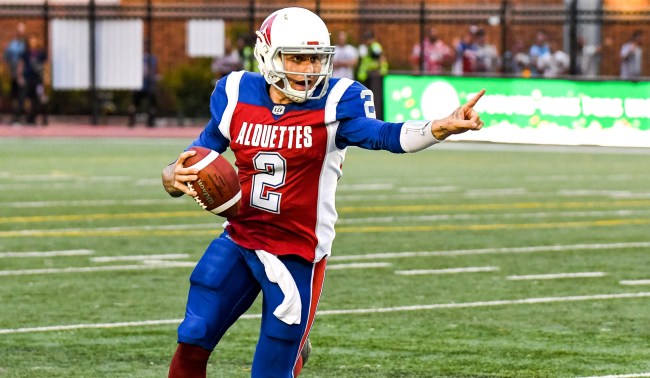 Johnny Manziel: Voice of Reason. That’s what the world has come to now. Jose Canseco and Johnny Effing Football are our lighthouses in a sea of horse manure.

Manziel, who last month stated he had no interest in trying to revive his football career in the XFL at the age of 27 after being banned from the CFL and playing for the defunct Alliance of American Football, has been spending much of his time of late partying in the Bahamas and chilling down in Arizona.

But even he knows that with all that’s happening now it’s really not a great time to be going out to clubs or hitting the beach or just hanging around a bunch of strangers in general.

“If I can stay out of the club, anyone can quarantine,” Manziel told his social media followers while bumping around in a golf cart, which, unless the course is completely devoid of people or every person there has been tested isn’t exactly the definition of being in quarantine.

Johnny quarantining at the golf course rather than in a club pic.twitter.com/6Rk1cJE2u7

Forget what I said about Johnny Manziel being the voice of reason. Sigh… at least we still have Jose Canseco to guide us.