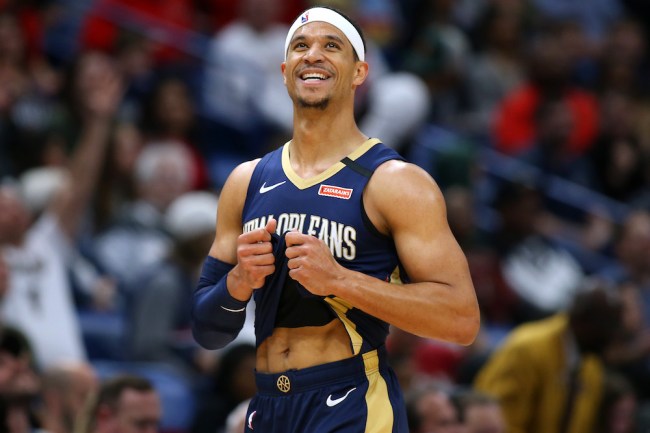 Passing the time during COVID-19 looks different for everyone.

People are looking for anything to pass the time during self-isolation, killing time by growing beards, smoking a ton of weed, sneaking into jungle safaris, watching movies about pandemics, and arguing over legendary comedy films.

Athletes are just as bored as the common man but maybe even more so since they’re jobs provide intense adrenaline rushes on an almost daily basis.

Since the NBA is canceled for the foreseeable future – and possibly the season – players need to chase the thrill of competition in other ways like…video games.

Hart looks pretty enthused about his chances in the photo above but, then, things took a turn.

After getting killed for the hundredth time, the 6-foot-5 Hart needed to express his frustrations.

Hart decided to rage quit the game, unplug his keyboard, carefully wrap up the cord and curb stomp the thing into next season.

Unhappy with the destruction, Hart launched the keyboard into the next room.

My boy Josh Hart stomped the hell out of his COD keyboard. 😭 pic.twitter.com/oW7G2uBaO7

Video game rage. It’s happened to us all.