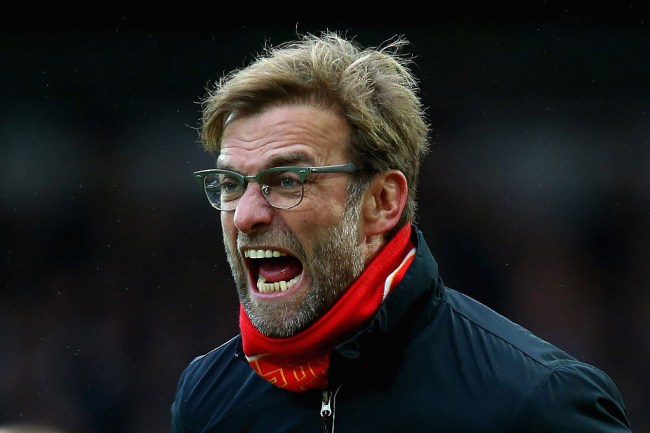 On Wednesday, the World Health Organization told the public it was officially time to strap the fuck in when it stated the rapidly spreading coronavirus has officially reached “pandemic” status as countries around the world figure out how to deal with an evergrowing panic as the number of people infected steadily rises.

Governments around the world are doing what they can in an attempt to stop the spread in addition to trying to prevent global markets from going into a freefall as companies try to figure out how to both protect their bottom line and their employees—including those in the world of sports.

When you have a highly contagious and deadly virus like COVID-19 on your hands, one of the last things you want to do is encourage thousands of people to gather together in close proximity, and while that didn’t stop a bunch of cosplayers dressed as Smurfs in France from trying to break a world record, athletic organizations aren’t being so flippant.

A couple of weeks ago, we learned that the current status of the 2020 Summer Olympics in Tokyo is currently up in the air, and shortly after, Italy—which has placed residents on lockdown and closed every store deemed “non-essential—forced Serie A games to be played without fans in the stands.

Shortly after, teams in North America began to feel the impact, as the San Jose Sharks were forced to prepared to play behind closed doors for the remainder of an NHL season that could befall the same fate as the NBA’s, which suspended games for the foreseeable future thanks in no small part to the flippant actions of Rudy Gobert, who was diagnosed with the bug after mocking preventative measures put in place to prevent players from contracting it.

On Thursday, a report broke that claims several players in the Premier League have tested positive for coronavirus, a topic that Liverpool’s Jurgen Klopp has been asked to address multiple times over the course of the past week or so.

The manager has been asked questions about his opinion on the situation on multiple occasions while opting to dance around them as opposed to giving a direct answer.

Jurgen Klopp's response when asked about Coronavirus is absolutely class. This man speaks so much sense, absolutely spot on. 👏 pic.twitter.com/NlfxlNQ9Iu

Jurgen Klopp continues to murder media members who ask him about the coronavirus. pic.twitter.com/6aBl52ytBQ

However, he provided us with an indirect response about whether or not he’s worried earlier this week when taking to the field and scolded fans who tried to get Klopp to dap him up by calling them “fucking idiots.”

“Put your hands away you f**king idiots” pic.twitter.com/JkZYgb7XJh

On Wednesday, the league announced a scheduled match between Manchester City and Arsenal had been postponed out of precaution and I have a feeling it won’t be the last one.