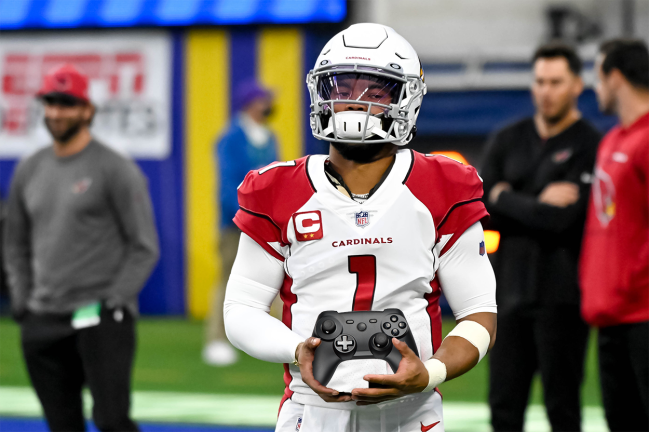 Kyler Murray is not someone who is going to kill himself watching film. He said so himself.

In addition, there has been a lot of speculation about his love of video games in recent weeks. When the Cardinals signed Murray to a massive new contract extension, it originally included a clause that required him to do four hours of “independent study” during game weeks. It also specified that he cannot be watching TV or playing video games while doing his four hours.

On the day after the clause was leaked to the public, Murray spoke to the media at training camp and eviscerated the Arizona organization for putting him in such an uncomfortable spot. The team then removed the clause from his contract.

Well, all of the smoke around Murray and video games (particularly the rumors about his love of Call of Duty) led one Reddit user by the name u/NegativeBee to do some digging. He or she broke down how the Cardinals quarterback plays on weekends where there are active 2XP or 3XP in Call of Duty versus normal XP weekends and the results are hilarious.

Whether it is a coincidence or not, Murray plays significantly worse on weekends where Call of Duty is offering promotional events. The difference is staggering.

A statistical analysis of NFL Quarterback Kyler Murray's performance shows that he plays worse when there's active Double XP weekends happening in Call of Duty. There were rumors stating that they he played a lot of Call of Duty, even during the season. https://t.co/47sI8lwN8u pic.twitter.com/PcBMs33RcY

The Call of Duty trend also carries over to Murray’s fantasy football performance.

Again, this could be a coincidence. There may not be a direct correlation.

But… the proof is seemingly in the pudding…