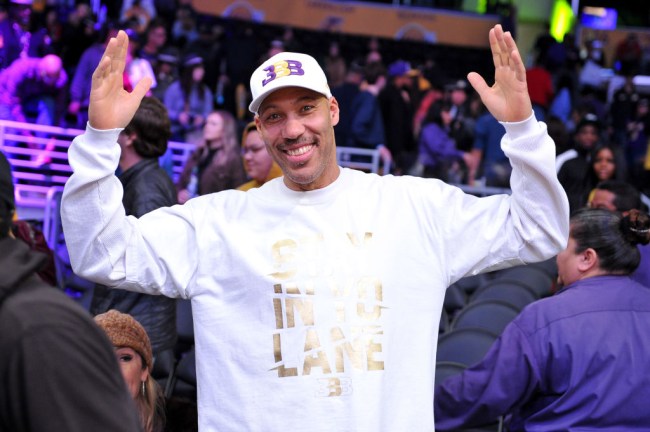 LeBron James was supposed to swoop in and become the savior of the Lakers this year but the team has been close to the definition of average this season, currently boasting an impressively unimpressive 28-29 record heading into the All-Star break.

There’s no single person you can point to in order to explain the Lakers’ woes but that hasn’t stopped plenty of people from blaming head coach Luke Walton for the team’s troubles.

Walton has been on the hot seat since the start of the season, and while Magic Johnson claimed his head coach wouldn’t be dismissed before the end of the year, fans have been fed up for a while now.

A few months ago, Stephen Jackson said LeBron had essentially taken over coaching duties and evidence has emerged to suggest that may indeed be the case.

Last week, LaVar Ball unsurprisingly ripped into Walton for being the worst coach Lonzo has ever played for and it’s clear he’s hoping there’s a regime change sooner rather than later.

There’s no telling how long Walton is going to last but sportsbooks are already starting to take bets on who will ultimately take the reins in Los Angeles, and if you’re looking to lose some money in the easiest way possible, I’m happy to inform you that you can bet on the world’s worst Basketball Dad becoming the person patrolling the sidelines.

BTW these were Bovada's odds on who will be the Lakers head coach to start NEXT season.

Sure, +50000 might be a bit of a longshot, and while I’d say crazier things have happened in the NBA, LaVar Ball becoming the coach of the Lakers might in fact be the most insane thing to ever transpire.

I’ve never rooted for anything harder.