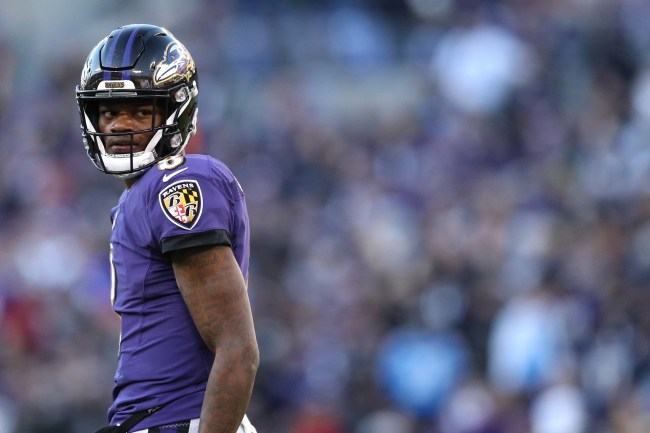 Athletes have feelings too. You would have thought society learned its lesson when Eddie Lacy admitted to feeling bullied by people constantly trolling him about his fluctuating weight and love for Chinese buffet, but you’d be wrong. Why? Because putting down other people makes you feel better about yourself, silly!!! Duh!

So lock your doors, crack your knuckles, and type that unnecessary hate like there’s no consequences. Because there aren’t!

Lamar isn’t big enough to ride in one of those motorized scooters, but seeing as during his rookie year, he’d basically disappear if he turned sideways, the mass is a bit jarring.

The internet was totally reasonable about it, too.

Ok now that the shaming is done, this is a good sign for Ravens fans. It looks like Jackson got in the kind of football shape that demonstrates he’s committed to winning with his arm first, then his legs, which is a necessity for a long career when you have 350-lb. lineman trying to kill you every snap.

Now if you’ll excuse me, I need to finish this stick of butter.