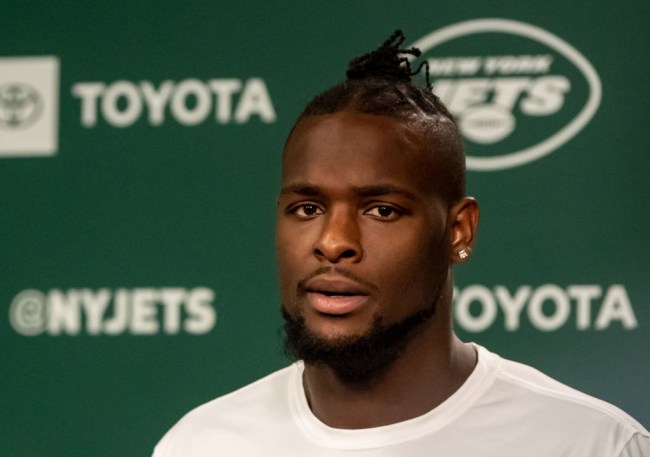 It’s been an interesting couple of years for Le’Veon Bell, who went from jokingly applying for a job at Dairy Queen in an attempt to get a new contract with the Steelers to sitting out an entire season after failing to secure one before ending up signing with the Jets this offseason.

Unfortunately for the running back (and aspiring rapper), his new gig has also come with its fair amount of drama following the firing of former Jets GM Mike Maccagnan, as it was revealed head coach Adam Gase—who now approves all of Bell’s social media posts—never wanted anything to do with him in the first place, which understandably made things slightly awkward.

It does appear the two men have put their problems behind them, as Bell recently shed some light on their relationship, saying:

“Me and him, our relationship is great. I talk to him literally every day, especially when I was away. I sent him my workouts and letting him know when I’m running this seam route, this is what I want to do on it, and he’s giving me input back.”

However, it turns out that isn’t the relationship he has to worry about.

According to ESPN, Bell filed a police report in Florida last month after arriving home from the gym and discovering that two women—who he apparently identified as his “girlfriends”—had disappeared along with over $500,000 worth of jewelry, including a Rolex, multiple chains, and a black panther pendant covered in diamonds.

I also hate when my multiple girlfriends steal hundreds of thousands of dollars of jewelry I’ve bought with my riches. I feel you, Le’Veon. I feel you.