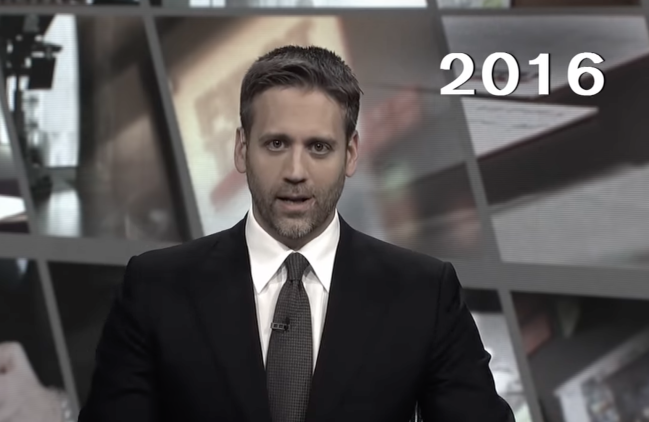 Max Kellerman has had plenty of awful takes over the years, but his worst may also be the worst take in the history of sports. I’m of course referring to his infamous 2016 prediction of Tom Brady’s career soon falling off a cliff.

Brady is of course still one of the best quarterbacks in the NFL at the age of 44 and has gone on to win three Super Bowls since 2016.

Kellerman has since addressed his horrific take and even roasted himself on Twitter back in January about just how truly awful it is, but there’s since been a new development in the storyline here.

Earlier this week, Brady was asked by none other than Rob Gronkowski about whether or not he thinks he can play until he’s 50-years-old. Brady explained that he thinks that he can, and even said he didn’t think that it would be all that difficult.

Kellerman Owns Up To His Terrible Take Yet Again

Brady saying that he could possibly play until he’s a half-century old makes Kellerman’s prediction even worse. To his credit, he addressed Brady’s recent comments and brought up how bad his take really was.

“As the ‘Tom Brady is going to fall off the cliff’ guy, I have to say something about this … When I said that I wasn’t making some crazy prediction,” Kellerman said. “I noticed in the history of mankind, nobody had ever been a great quarterback past the age of 42 and Tom Brady was something like 40 when I said that. I gave him 18 months to fall off the cliff. He has so smashed that it’s crazy.

He is so far out ahead of everybody who has ever lived, it’s nuts. And what I realized over time is that he is transcendent. I was making the wrong comparison. I was comparing Tom Brady to people in his sport.

But if you look at Nolan Ryan and the number of innings he pitched and how late into life he pitched. Bernard Hopkins, the great middleweight champion, who was still beating guys when he was 50 years old. Those are the real comparisons I should have been making for Tom Brady. Who could know at that time, right?”