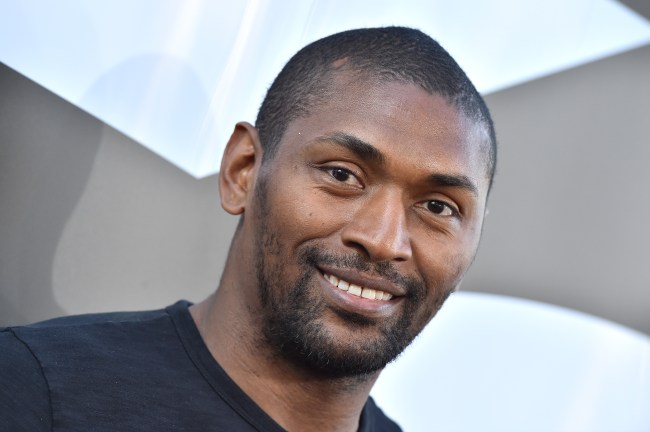 Metta World Peace was one of the baddest MFers on a basketball court back in his day. Sure, the dude’s play was lethal — and he was just as capable of dropping 30 on someone as he was at shutting down an opponent’s best player — but it was the grit, passion and unknown behavior that may have scared teams the most. That came from a tough upbringing, which even included him cooking crack at age 13.

Labeled as the NBA’s bad boy when he played, Metta World Peace had a temper that could only be described as crazy. From racking up techs to being a malcontent to the media to, of course, the Malice in the Palace in 2004 — which led to a 73-game suspension from the league — the guy refused to take shit from anyone, and, because of that, he was often blamed or labeled as dirty.

With a new documentary set to be released on Showtime this week about Metta World Peace’s basketball journey, entitled Quiet Storm, the former NBA All-Star sat down with GQ to talk about a number of different things. From mental health to the perception and labels people had of him while playing to, finally, the two regrets he has from his NBA career, World Peace didn’t hold back. Remember, this is the same guy who, following a 2010 NBA Finals win, he thanked his therapist during a postgame interview, so he’s always spoken his mind.

While the entire GQ interview is pretty incredible, when Metta World Peace was asked about the two biggest regrets he has, his answer was surprising. That’s because he didn’t include the Malice in the Palace, but, instead, focused on two things: missing out on winning more awards because of his suspensions and/or overall perception, and that lethal elbow he gave James Harden during a game in 2012. Speaking on those two topics, here’s what he had to say.

“I have a lot of regret about the awards. Only two things I have regret about in my career. The James Harden incident—it wasn’t as bad as he made it seem but it could have been worse.”

“It wasn’t necessarily the elbow. It was that I couldn’t control my emotions. I’m 32 years old at the time. I was having a great game, I was playing my best Laker basketball. It took me a couple years to figure out how to play with Kobe. I was playing my best basketball. I had 16 in the first half. I was killing them. I got a dunk. When James Harden came up from behind me and pushed me, I’m like, ‘Get the fuck off me.’ I didn’t know it was him, it could’ve been anybody. And I wasn’t able to just play basketball. That moment was a moment where I’m like, ‘Shit. Again?’ So that was one of my worst moments. Then the awards. I don’t have all the awards I want.”

When specifically asked about the Malice in the Palace, Metta World Peace didn’t seem to have any regrets, saying that, if someone threw something at him today, he’d still hit them like he did when it happened during that game in Detroit 15 years ago.

“The brawl? If anybody was to throw something at me, I’d smack the hell out of them again. Nobody’s allowed to hit me with anything. Never. Even before the brawl. I’m just not raised like that. So, other people, don’t throw anything at me. I won’t throw anything at anybody. The brawl was a problem between me and one man, that was it. Me and Ben Wallace wanted to fight, but we couldn’t really fight—there was too many people in the middle. Then another man just threw something at me. For me, it was that simple. The only thing that is difficult to deal with is my awards. I only have eight awards. If I had a better career, I would have had maybe 20, 25 awards. But I only have eight.”

Metta World Peace is one of the most complex pro athletes ever. And, while there’s tons of stuff that he could regret from his basketball playing days, it’s wild to hear him say that the brawl with a fan in the stands wasn’t one of them — which just makes him that much more interesting.

To check out the entire interview with Metta World Peace, head on over to GQ.