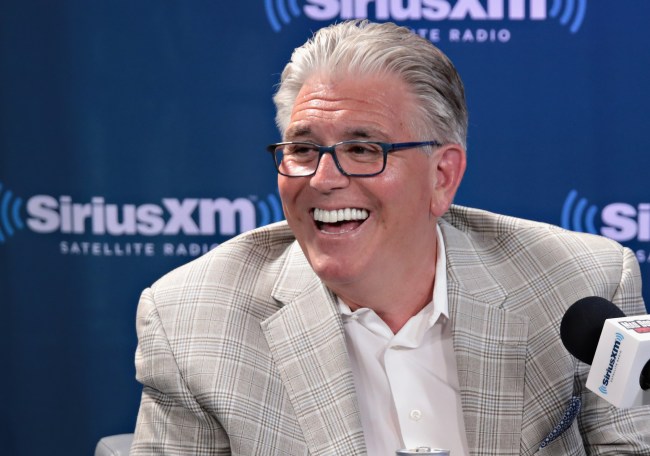 The trajectory of DeMarcus Cousins’ career took a nose dive this week after the Lakers center tore his achilles while going up for a simple layup while playing pickup against random dudes in Las Vegas.

Video footage shows the four-time NBA All Star screaming in pain after the non-contact injury that will put him out most, if not all, of the 2019-2020 season.

The injury is particularly disappointing seeing as the 29-year-old worked relentlessly to recover from the daunted achilles injury he suffered while on the Pelicans, and more recently, the torn quadriceps muscle with Golden State months ago.

I’d imagine it’s hard for anyone to find a silver lining in Boogie’s latest injury, which will significantly reduce his market value after his one year, $3.5 million deal with the Lakers expires.

One man, and just one man, believes that Cousins’ injury is a “blessing.” And that man is none other than WFAN talk show host Mike Francesa.

Mike Francesa, on DeMarcus Cousins suffering a torn ACL: "It's a blessing."

(Don't ask me…. I'm as lost as you are.) pic.twitter.com/gvCAjVPzXn

“Cousins like, to me that’s a blessing,” Francesa said. “You know my thoughts on Cousins. That’s a blessing. And I heard these rumors about Carmelo [Anthony] to the Nets, that’s a good move.”

The dude’s obviously unhinged. It’s one thing to say someone’s career getting derailed is a “blessing” but it’s a whole other level of delusion that say that Carmelo to the Nets is a “good move.”

it is with a heavy heart that i must announce that Mike Francesa is cancelled https://t.co/ohGeFVodxu

I’ve been listening him for 30 years. Grew up with him and loved him. But it’s over

Cousins has averaged 21.2 points and 10.9 rebounds per game over his nine-year NBA career and 16.3 points, 8.2 rebounds, 3.6 assists last season when he was bouncing back from an injury and only played 25.7 minutes per game. Boogie comes with his own set of problems, but any team would be better to have him healthy on the court.

Why the hate from Francesa? Boogie must’ve banged his wife.