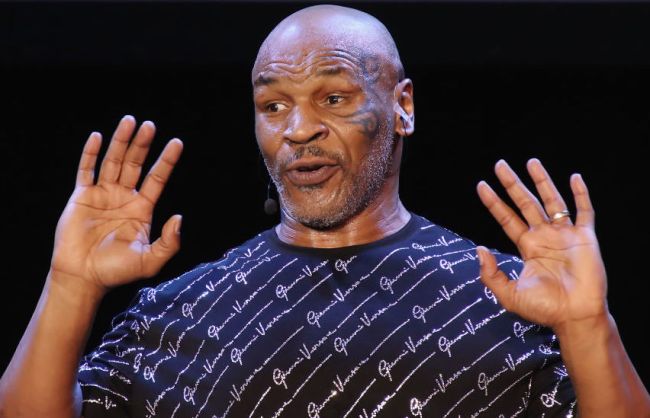 When you consider everything he did in the ring over the course of his boxing career, Mike Tyson has literally nothing left to prove, but earlier this year, the 53-year-old released a series of training videos proving he’s still an absolute force to be reckoned with and announced he was jonesing to don the gloves once again 15 years after deciding to hang them up after he withdrew halfway through his last professional fight.

It didn’t take long for rumors concerning his return to begin to swirl, as Evander Holyfield offered to face off against him in a charity bout, Tyson Fury said he’d be down to take him on, and he received multiple $20 million offers to show off his bare-knuckle skills and pull a Floyd Mayweather Jr. by taking on a UFC legend. When everything was said and done, it was revealed he’d agreed to box Roy Jones Jr. in an eight-round match slated to take place in November with an undercard that features a showdown between Logan Paul and ex-NBA player Nate Robinson because why the hell not?

The videos Tyson have continued to pump out have impressed his peers to a point where George Foreman says he’s worried about his 51-year-old opponent’s safety and he’s made it very clear he’s not going to take it easy on him during the exhibition, which has made Jones question whether or not he may have made a huge mistake.

However, Tyson appeared to make one of his own during an interview with Good Morning Britain on Tuesday and it was evident the boxer was in a very special place during the slightly concerning appearance, as he slurred his words and appeared to be on the verge of falling asleep during the discussion.

What is going on with Mike Tyson? Tired, Punch Drunk or too much Charlie? 🤔 pic.twitter.com/PgzhQedoEa

Tyson has been incredibly transparent about his battles with substance abuse over the course of his life. He’s praised the absurd amount of weed he smokes for its medical benefits but it seems very doubtful that’s the catalyst here when you consider how rough he sounded (he’s also struggled with alcohol, which seems like a more likely culprit).

Based on how good he’s been looking for the majority of the year, here’s to hoping he’ll be able to bounce back from this hiccup and avoid derailing his comeback if bad habits are indeed to blame for how he came off here.