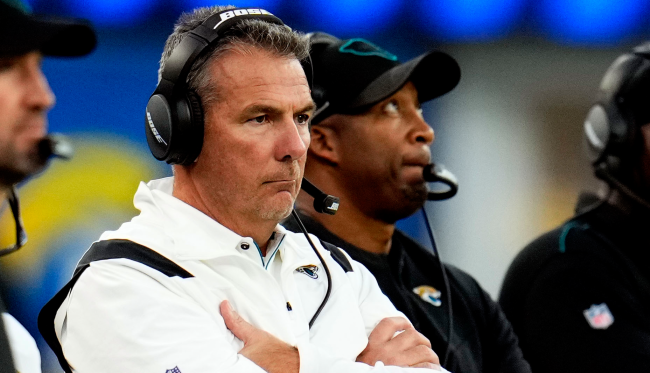 Jacksonville Jaguars owner Shad Khan said on Monday regarding the future of head coach Urban Meyer, “The plan is you need to start winning now and tell me what you need and that’s what we’re going to do. I feel we have a roster that is far better than winning two games.”

Khan also added, “What’s different about this thing is you have losses and you have drama. In the past, it was like, you were, ‘It’s like the lowly Jaguars’ and everyone left you alone. Now, the scrutiny we have is really something different.”

That would certainly be an understatement considering the Jaguars’ 2-11 record, along with the various scandals and gross displays of ineptitude surrounding first-year Jags coach Urban Meyer that have consistently been the focus of the media this season.

After learning Shad Khan’s comments about his team and its head coach, ESPN’s Mina Kimes weighed in on First Take, dropping a series of truth bombs about the mess down in Jacksonville.

“I’m not sure what keeping him would accomplish other than rewarding mediocrity and denying accountability to a guy who has avoided accountability, frankly, for most of his career. I think ownership should act now and show leadership, and show your fans, your players, and your employees that you care about this season because it’s already lost.”