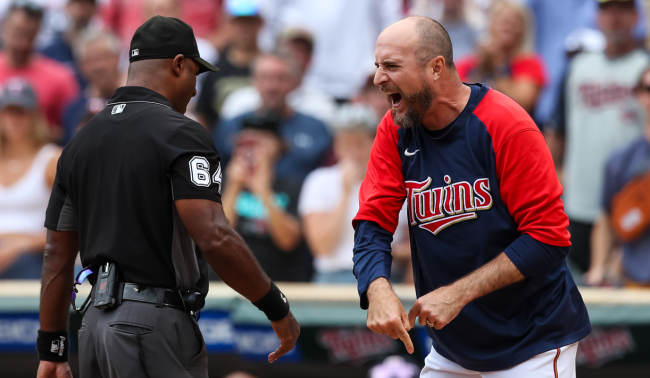 As fans have seen repeatedly this season and in years past, Major League Baseball umpires have, well, they have not been very good.

When a professional baseball umpire can’t keep track of balls and strikes, the most basic part of their job when working behind the plate (and it’s happened more than once this month), there is a problem.

Many baseball fans have been calling for so-called robot umpires to take over the duties of calling balls and strikes. After all, similar technology has been used for almost two decades in tennis to determine line calls, so why not in baseball? After all, Major League Baseball has already admitted with the use of replay that the league’s overriding goal with officiating is to get the call correct, right?

This year, the Triple-A Pacific Coast League has been using robot umpires to make automated strike and ball calls

It works using a sensor to determine if a pitch is inside or outside the strike zone. The home plate umpire (yes, you still need one of those) is then notified via an earpiece whether the pitch is a ball or strike.

El Paso Chihuahuas manager Jared Sandberg was recently asked how the robot umpires have been doing and what adjustments they have to make, if any.

Read that again… “it has brought some consistency to the game.”

“It’s just less barking and chirping from the players, you can’t yell at a robot umpire,” said Sandberg.

Tell that to Cleveland Guardians manager Terry Francona, who said back in May that he would still go after the computer if it was making bad calls.

“And I’d kick its ass, too,” he joked. “You imagine charging the plate with a computer in your hand?”

Sadly, while Major League Baseball is behind the robot umpires being used in Triple-A this season, MLB commissioner Rob Manfred said this past June that it is almost a certainty that the big leagues won’t be using it in 2023.