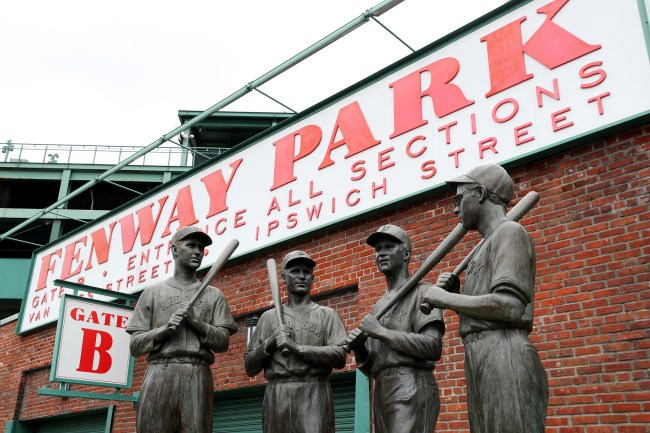 As the MLB season gets set for its Opening Day — with the first pitch coming in late-July instead of early-April thanks to the global pandemic — there’s a shit-ton of uncertainty about what the next few months might look like. Sure, every baseball fan is hopeful that things go smoothly, everyone stays healthy and that the season can finish its 60-game regular season sprint and the playoffs, but, if 2020 has taught us anything, it’s to expect the unexpected.

That’s not to say anything will actually happen that impacts the completion of the MLB season, but there’s always something simple that could happen that could all of a sudden put the thing in danger of completion. The most obvious is having more than a few players become infected with COVID-19, which could result in the league rethinking its plan to play ball again.

While nobody hopes that happens, since MLB players aren’t in a “bubble” like the NBA is — and guys are free to roam as they please — there could be temptation to cure some lonely nights with an evening stroll or, just maybe, a little hotel companion. And, if that were to happen (which is almost guaranteed to), guys could find themselves inviting over a guest who has the virus; which could lead to teammates and coaches contracting it.

“One player on a 2019 playoff team, who asked for anonymity so as not to get his teammates in trouble, said he worries that players inside his clubhouse have grown comfortable because of the lack of positive tests and no longer are wearing masks. “All it takes is one guy for this thing to go sideways,” he said. “Because testing itself isn’t going to keep us healthy.”

You’d hate to say this anonymous player is wrong, but, c’mon now, we all know guys are going to still try to get their freak on while sitting around bored in their hotel rooms like they usually do. The fact that the player told Passan that some of his teammates are already letting their guards down by refusing to wear a mask is proof that things are a little lax in MLB clubhouses right now.

While there have been some funny conversations about NBA players inside the bubble being hornballs who might break isolation to hit up a rando, at least there’s some policing happening in that league — especially with the snitch line being an option for players to rat out one another. But the MLB season could legit be threatened because the players have more freedom, and, if you’re a 24-year-old who’s only getting to second base on the baseball field, you know there’s going to be temptation to change that.