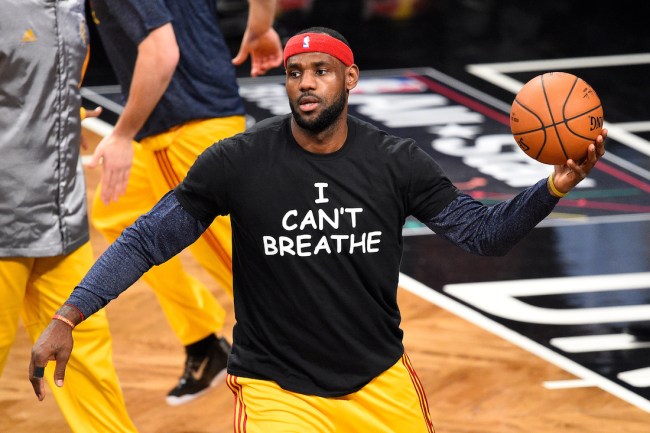 Over the past decade or so, NBA players have been speaking up about all sorts of issues. Whether that’s taking control of their personal brand, using their free agent leverage to build superteams, or revealing their stances on social issues via peaceful protesting, LeBron James nailed it when he coined the term of being “more than an athlete.”

While every person — regardless of celebrity status, fame or otherwise — has the right to take control of their own lives and speak their own minds, we’ve unfortunately seen some folks slam pro athletes for showing this. Some think people like James should just stick to sports (Note: He shouldn’t), while others think guys like Aaron Rodgers are coming across as entitled for trying to force a trade while still under contract, seemingly doing anything he can to get out of Green Bay.

We could go back and forth about whether empowering athletes has been good or bad, but one current general manager — who remained anonymous — didn’t hold back on giving his opinion on the matter. In fact, this person claims that giving NBA players so much power has been the “worst thing” that has ever happened in sports. That’s, uh, quite the take.

In a recent article by Isaac Chotiner of The New Yorker, here’s what the NBA front office executive had to say.

“Player empowerment is a catchall for the fact that the league has done a terrible job of empowering teams,” a current N.B.A. general manager told me. “The players have all of the leverage in every situation. I think it’s the worst thing that ever happened to professional sports on all levels.”

It’s an interesting dilemma that millionaire NBA players have put billionaire owners in. Ever since LeBron James held the national TV special called “The Decision” back in 2010 to announce his free agent choice, the entire sports industry has been turned upside down. It’s given other athletes, in all sports, the blueprint to follow his lead.

But that does impact leagues and teams, which, in effect, impacts the overall product.

Rosters are turned over every few months. Fans don’t get to build a real relationship with players often. Superteams get formed — which limits parity and creates competitive imbalance. And, as we’ve seen from some fans, giving athletes power to voice their opinions on social issues on such a public platform has turned some away from watching games.

That said, athletes have every right to make decisions that are best for their careers and families. Sure, it can be annoying when a top rookie is rumored to threaten a team before a draft so not to be chosen by said franchise — See: Eli Manning in 2004 with the Chargers. But, hey, NBA players and other athletes have gotten smarter and adapted with the times, meaning that the business of sports is more than only making billions for greedy owners like it was in the past.