How Accurate Is This Study That Attempts To Figure Out The Worst Owners In The NFL? 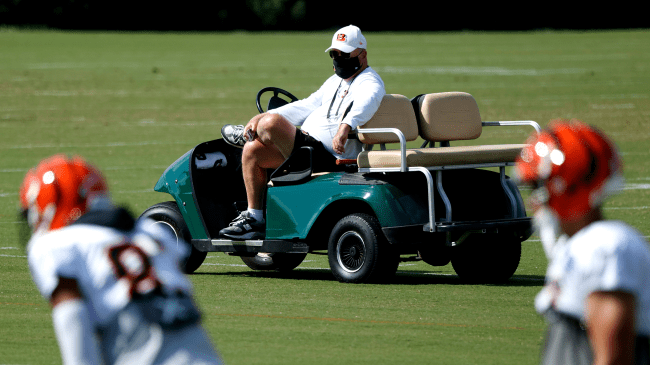 Which team has the worst owner in the NFL? For many NFL fans the answer to that question also happens to be the owner of the team that they support and anguish over when they don’t win the Super Bowl, again.

For instance, the last time the Buffalo Bills were champions was way back in 1965 when they won the AFL title. Another prime example are the Cleveland Browns whose last championship win was in 1964 when they won the NFL title in the pre-Super Bowl era.

Then there are the Chargers (1963 AFL champions, while in San Diego), the Tennessee Titans (1961 AFL champions, as the Houston Oilers), the Detroit Lions (1957 NFL champions), and the Cardinals (1947 NFL champs back when they were the Chicago Cardinals).

On the plus side for fans of all of those teams, at least their squads have won something. That’s more than fans of the Minnesota Vikings, Atlanta Falcons, and Cincinnati Bengals can say, with a combined 168 YEARS of their teams coming up empty.

So we certainly have some serious candidates for worst owners in the NFL, but rather than just speculate, the folks over at Bonus Finder decided to figure out it using a more wide-ranging selections of stats.

Using that criteria, the best owners in the NFL are (1) The Rooney Family of the Pittsburgh Steelers, (2) Green Bay Packers, Inc., and (3) Robert Kraft of the New England Patriots.

No real surprises there.

Nor is the name at the bottom of the list: Mike Brown of the Cincinnati Bengals, who also serves as the team’s general manager.

Things like fans finding dead bodies in porta-potties outside the team’s stadium will do that. So will going 192-284-4, 0-7 in the playoffs.

Related: Jerry Jones Has The Second Worst Won-Loss Record Among GMs With 10+ Years On The Job

The rest of the list breaks down as follows. (Fans of the Chargers, Jets, Cardinals, Lions, and Washington Football Team might have something to say about where their teams’ owners are ranked.)