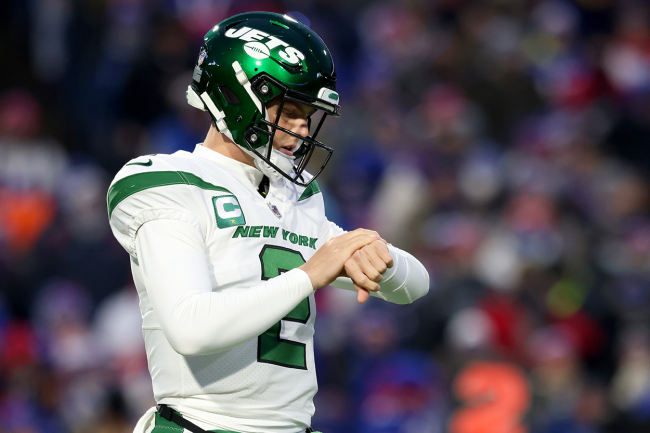 As a result of the consistent lack of success, there is a lot that needs to change. The organization believes that it has turned a corner with its new staff, led by head coach Robert Saleh, and No. 2 overall pick Zach Wilson at quarterback.

However, the New York Jets desperately need receivers for whom Wilson can throw the ball.

New York made a great pick last year by taking Elijah Moore out of Ole Miss in the second round and he already has the entire NFL on skates.

Moore was the team’s leading receiver in 2021, but he is a slot receiver. The Jets lack a deep threat, especially with Denzel Mims yet to make any impact, and need to figure it out quickly if they have any chance of being any good.

Well, according to ESPN’s Rich Cimini, they have their eyes on three guys. New York missed out on Tyreek Hill and Amari Cooper, but the front office is keeping a close watch on three receivers with close ties to the team.

A.J. Brown, D.K. Metcalf and Deebo Samuel are all reaching the end of their current contracts and the Titans, Seahawks and 49ers will have to pay out a fortune if they want to keep their respective guys. And, as of right now, none of the three are on the trade block.

With that being said, Seattle, Tennessee and San Francisco may not be able to pay their pass-catchers or simply might not be willing to do so. That’s where the Jets might come in.

If Brown, Metcalf or Samuel ever become available, New York is ready to pounce.

Brown and Moore have a very close, special relationship that has helped them both cope with challenges and get through difficult times. Their relationship dates back to their time at Ole Miss, as does Metcalf’s friendship with Moore.

As for Samuel, the coaching staff is very familiar with him from their time in San Francisco. According to Cimini, the team “has an affinity” for Samuel and that is an understatement.

But with that all being said, the Jets know that they need help at receiver. Desperately.

They have their three top targets in mind and are simply waiting for the chance to see if they can go after any one, or multiple, of Samuel, Metcalf and Brown.