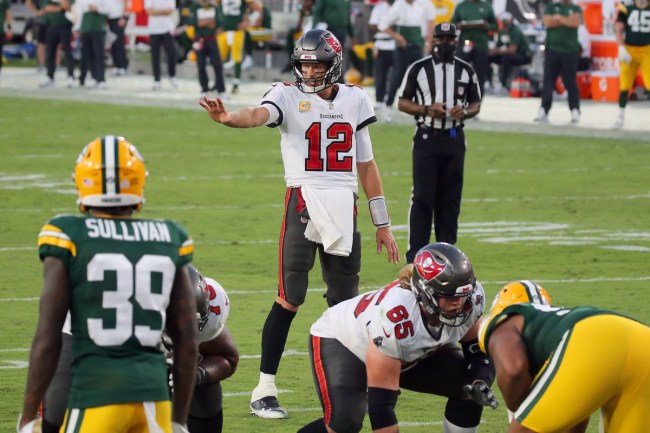 With the NFL Conference Championship Games kicking off this weekend, there comes a lot of excitement, as fans are eager to see the AFC battle between the Bills and Chiefs, as well as the NFC contest between the Buccaneers and Packers. On paper, both are epic matchups, with the defending champs going up against an upstart Buffalo team in the AFC, and two future Hall of Fame quarterbacks squaring off in the NFC. Hopefully, both live up to the billing.

While most NFL fans will be locked in on the Conference Championship Games from the comfort of their own homes, there are a few lucky spectators who will actually be able to take the atmosphere in from the stadium. Due to the ongoing COVID pandemic, seats are limited in each home stadium — with only 17,000 fans allowed at the Bills-Chiefs game, and approximately 6,500 tickets available for the Packers-Buccaneers game — and each is already sold out. But that doesn’t mean tickets aren’t being shopped around on the secondary market.

According to Charles Robinson of Yahoo Sports, tickets to both the AFC and NFC Championship Games are booming on the secondary market, thanks in part to limited supply and, obviously, the magnitude of the contest to determine the Super Bowl 55 matchup. Just how much are prices for these NFL tickets? To put it bluntly, they’re a lot… as in record-setting a lot.

According to ticket database and search engine ticketIQ, the week opened on Monday with Kansas City running an average single stub at $1,332, with get-in pricing at an initial floor of $882. If that price range holds, it will trounce the costliest AFC title game in history — the 2018 tilt between the Jacksonville Jaguars and the New England Patriots, which had an average ticket price of $1,014 and a “get in” floor of $677.

A broker with a significant stake in the secondary market at Arrowhead told Yahoo Sports that demand has been strong from the moment the matchup with the Bills was set, noting that nearly 600 tickets for the game came off StubHub at sky-high prices in the first 18 hours. He also noted that one pair of upper-level seats (which rarely sell in pairs due to the four-set “podding” that Kansas City prefers) were plucked at a remarkable $2,700 each in a heated initial wave of buying.

With a trip to Super Bowl 55 on the line, some tasty matchups and exclusivity for those hoping to be inside the stadium as opposed to sitting on their couch at home, it’s not surprising to see how high the costs are for NFL Conference Championship Game tickets. Considering secondary ticket market prices often soar during non-COVID years, with less seats available to be had, you know fans will happily deal big bucks for a chance at witnessing history in person.

NFL ticket prices are always extreme, but when championships are involved, they only increase even more. So here’s to the lucky fans who can watch one of these games from the stadium; you lucky SOBs.