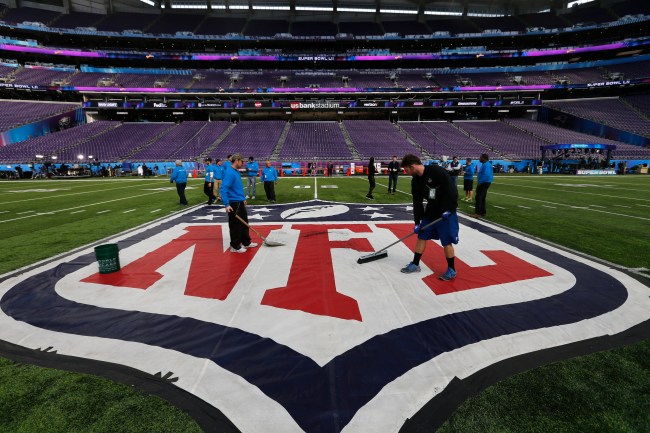 It’s still only the middle of June, so wondering if the NFL season will or will not start on time (or happen at all) because of the ongoing pandemic is a little bit premature at this point. While we’ve seen an unfortunate uptick in positive cases of COVID-19 since states have peeled back restrictions, there’s still plenty of hope from the league that things will operate as planned — although there will undoubtedly be adjustments like no fans in the stands, among other things to protect people from spreading the virus.

One of those things could be a “bubble” type of environment like we’ve seen the NBA and MLS both propose (and approve) in order for both of those leagues to restart their seasons. It’s something that Dr. Anthony Fauci, the director of the National Institute of Allergy and Infectious Diseases, suggested earlier Thursday when specifically talking about the upcoming NFL season, all but saying it was necessary in order to have any semblance of football later this year.

“Unless players are essentially in a bubble — insulated from the community and they are tested nearly every day — it would be very hard to see how football is able to be played this fall. If there is a second wave, which is certainly a possibility and which would be complicated by the predictable flu season, football may not happen this year.”

Although Dr. Fauci’s pessimistic about the possibility of an NFL season happening due to a second wave of the pandemic, the NFL’s Chief Medical Officer, Dr. Allen Sills, was quick to reply in order to keep some hope alive. Talking to ESPN’s Dan Graziano, Dr. Sills described all of the necessary (and excruciatingly intense) steps that the NFL’s doing in order to try and keep the faith that the regular season will happen as planned.

“Dr. Fauci has identified the important health and safety issues we and the NFL Players Association, together with our joint medical advisors, are addressing to mitigate the health risk to players, coaches, and other essential personnel,” Dr. Allen Sills said, via Dan Graziano of ESPN.com. “We are developing a comprehensive and rapid-result testing program and rigorous protocols that call for a shared responsibility from everyone inside our football ecosystem. This is based on the collective guidance of public health officials, including the White House tase force, the CDC, infectious disease experts, and other sports leagues.

“Make no mistake, this is no easy task. We will make adjustments as necessary to meet the public health environment as we prepare to play the 2020 season as scheduled with increased protocols and safety measures for all players, personnel, and attendees. We will be flexible and adaptable in this environment to adjust to the virus as needed.”

Honestly, what else did any of us expect for the NFL’s Chief Medical Officer to say? As mentioned above, the NFL season isn’t slated to kick-off until September, and things could absolutely change between now and then when it comes to the pandemic — hopefully for the better and we’re working towards getting back to “normal.”

Even if “normal” isn’t the case, it’s clear the NFL is doing every- and anything in its power to try and run a regular season that somewhat mirrors that. It might take a “bubble” concept — as suggested by Dr. Fauci — no fans in the stands, an abbreviated schedule and other wild ideas to make that happen, but if it leads to football (safely), so be it.