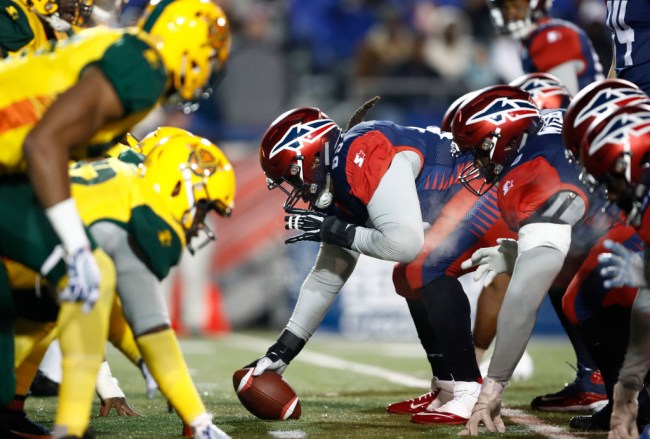 A couple of months ago, football fans who usually suffer from withdrawal after the Super Bowl got an experimental treatment in the form of the AAF, an upstart league that promised to help tide us all over while waiting for the real football season to roll around.

The AAF got off to a pretty good start as far as ratings are concerned and provided us with some intriguing rule changes in addition to bringing Johnny (sorry: “John“) Manziel back into our lives.

However, it soon became clear that all was not well with the league when it was revealed it needed a $250 million cash infusion to stay afloat, and after unsuccessfully soliciting the NFL, the AAF announced it was immediately ceasing all football operations at the beginning of the month.

It didn’t take long for stories to start to circulate concerning players who were stranded and forced to pay for their own flights back home and the AAF now finds itself facing multiple class action lawsuits filed on the behalf of people impacted by its sudden collapse.

One of those people is former Memphis Express guard Oni Omoile, a former Oakland Raider who found himself playing with Manizel before things went to shit. He recently sat down for a podcast with Silver and Black Pride to discuss the fallout and shed some detail on went really went down following the implosion and, well, it’s not exactly the best look for the AAF.

Omoile said he suffered a concussion in what would ultimately be his final AAF game and was planning to meet with a team doctor when the bomb dropped. He described the ensuing scene, saying:

“I was told we had to leave by the following morning, that we couldn’t stay at our hotels anymore. Some people had their stuff thrown out of their rooms into the hotel lobby. And one of our guys was from New York and he had to drive 17 hours.

I was lucky, I only had to drive like 7 hours, 30 minutes or something, but I was still driving with concussion symptoms, which is very dangerous and I probably shouldn’t have done it, but I felt like I didn’t have a choice so I toughed it out.

I ended up making it in one piece, but we weren’t financially compensated for anything. Guys had to pay for their own flights. It was just very poorly handled and it left a bad taste in my mouth.”