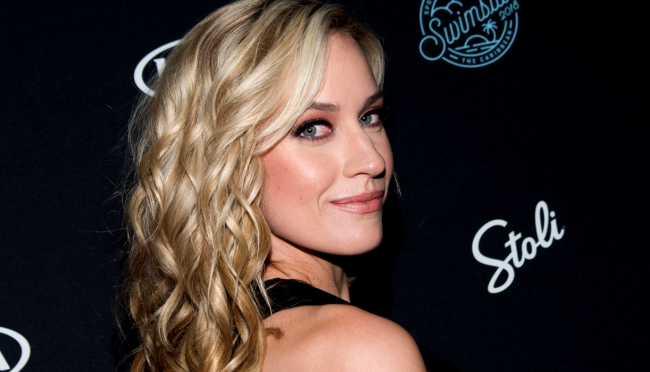 As part of her ongoing series celebrating the World Cup, popular golf influencer Paige Spiranac recently decided to attempt some penalty kicks. Of course, Paige Spiranac being Paige Spiranac, she attempted the kicks while shirtless in a sports bra.

Hey, it’s what she does.

So far, as part of her World Cup-themed series of videos, we have seen Paige Spiranac bust out a shirtless celebration like Brandi Chastain famously did after winning the 1999 World Cup for the U.S. Women’s National Team.

Paige has also asked her fans which sporting event is their favorite, wondering if the World Cup beats out events like the Super Bowl and March Madness.

Before that, she tried out some soccer to see what her FIFA rating would be (it ended up being a very questionable 81 overall).

Also, after dumping on the USMNT World Cup kits, Paige did a photo shoot showing what a really great USA-themed shirt looks like.

So, since so many people seem to be having trouble with the sound on Spiranac’s videos, here’s a quick transcript of what she had to say in her penalty kick video.

“Hey, everyone, it’s Paige, and the World Cup is here and I’m going to try my hand, or shall I say foot, at some penalty kicks,” she says to start the video.

That’s it. That’s all she says. Then she tries four penalty kicks against perhaps the worst soccer goalie ever.

See how she does…

.@PaigeSpiranac got to take a few penalty kicks of her own

Let us know how she did! pic.twitter.com/xGp5PzVv1t

Spiranac took a little break from celebrating and teaching about the World Cup earlier this week by actually sharing something on video that we haven’t seen her do in awhile: play golf.

In her newest YouTube video, Spiranac headed to the golf course and demonstrated three pieces of advice that will help any golfer to lower their scores.

Today, Paige Spiranac shared some tips on how to improve your short game and get better around the greens.

Of course, she did so while wearing one of her many fan-pleasing “golf girl outfits.” (She must have been at a public course this week.)

Check it out here.