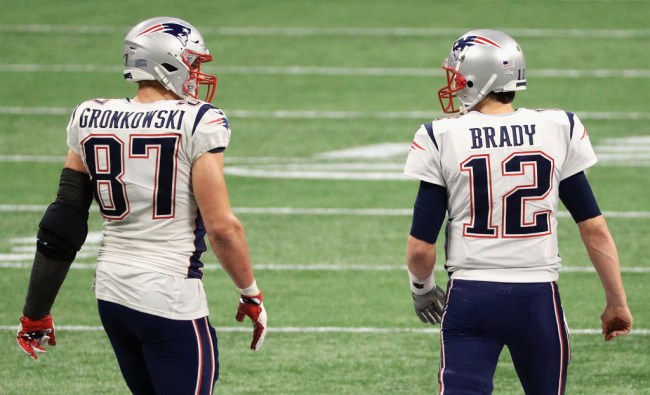 Two decades ago, the New England Patriots were coming off of an 8-8 campaign and swapped out Bill Parcells with a new head coach in the form of Bill Belichick, who would opt to use the 199th pick in the 2000 NFL Draft to scoop up a guy out of Michigan by the name of Tom Brady to provide some depth on a quarterback chart that was topped by Drew Bledsoe.

The team finished with a disappointing 5-11 record during Belichick’s first season at the helm and it didn’t appear things were going to get much better the following year when Bledsoe was sidelined with a near-fatal injury in Week 2 that would open up the door for Brady to step into the starting role, which I think most people would agree worked out pretty well for the Patriots.

New England’s win over the Rams in Super Bowl XXXVI marked the beginning of what is arguably the most dominant dynasty the football world has ever seen, but in October, we heard our first rumblings that it might finally be coming to its ultimately inevitable end when Adam Schefter said he believed there was a very real possibility Brady might take his talents to another team upon entering free agency.

The Patriots have largely managed to adjust to the personnel changes they’ve been forced to deal with while Brady has been in charge but losing the quarterback would likely be a crippling blow to a franchise that lost another legendary player in the form of Rob Gronkowski last season.

TB12 hasn’t provided us with any real hints concerning his future, and while Joe Montana thinks he’d be making a mistake by playing for another team so late into his career, Gronk sang a different tune when asked about whether or not his former teammate should explore his options in the offseason during a Super Bowl media event on Tuesday.

Gronkowski hung up his cleats thanks in no small part to the 20 concussions he suffered over the course of his nine years in the NFL but Brady has consistently said he believes he still has a few more seasons in him despite the wear and tear he’s also had to deal with.

If you ask me, the best thing he could do for him and his family is to call it quits and live off the insane amount of money he and Gisele have amassed over the years but I guess only time will tell how the spirit ultimately moves him.