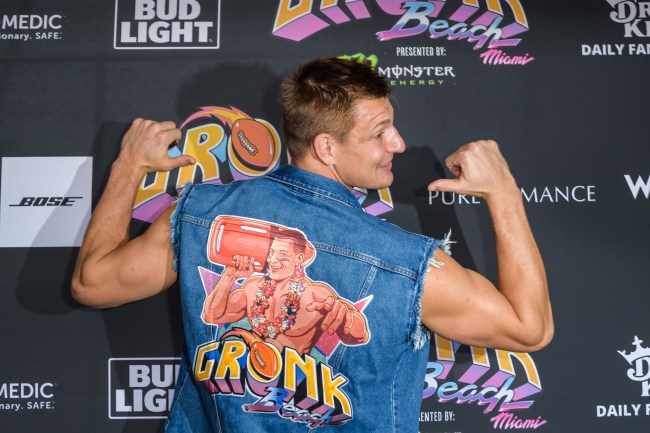 Rob Gronkowski’s brief stint in the WWE didn’t last too long, as the future NFL Hall of Fame tight end decided to only participate in a few events before giving up the 24/7 Title belt he had won at this year’s WrestleMania 36 before returning to the gridiron. And, while everyone’s excited about what Gronk might do alongside his buddy Tom Brady on the football field with the Tampa Bay Buccaneers, there are some pro wrestlers who are just glad to see the rambunctious Gronkowski away from the WWE.

That’s the sentiment expressed by at least one anonymous WWE superstar, who reportedly told Sean Ross Sapp of Fightful Select his real feelings about Rob Gronkowski following his appearance at WrestleMania. Take a look below and see why Gronk leaving the WWE to return to the NFL seems to be celebrated by other wrestling talent.

According to Fightful Select (h/t WrestlingNews.co), Gronkowski wasn’t exactly well-liked backstage following an incident at WrestleMania in which he was hesitant about doing a dive spot:

“It was noted [by Fightful Select] that those in the company that they spoke with ‘even those with a reputation of being easy, helpful, and good to work with, all had negative things to say about working with Gronk after his WrestleMania fiasco.’ Per the report, there was heat on Gronkowski after his hesitation to do his scheduled spot that put the WrestleMania filming two hours behind schedule. It was mentioned that one top name called Gronk ‘a…clown who we are so much better off without’.”

Given his boisterous, over-the-top, outspoken personality, one would’ve imagined Rob Gronkowski’s marriage with the WWE would’ve been a successful one. Unfortunately, it didn’t last long enough to really give any of us an answer — other than the aforementioned match at WrestleMania. That’s not to say Gronk will be missed in the ring, though, as it was always more of a novelty to have him compete than something that would become routine.

Assuming other wrestlers truly didn’t like Gronk’s prima donna attitude, then it’s probably for the best that he gave up on the WWE to return to his safe haven under the golden arm of Tom Brady in Tampa Bay.