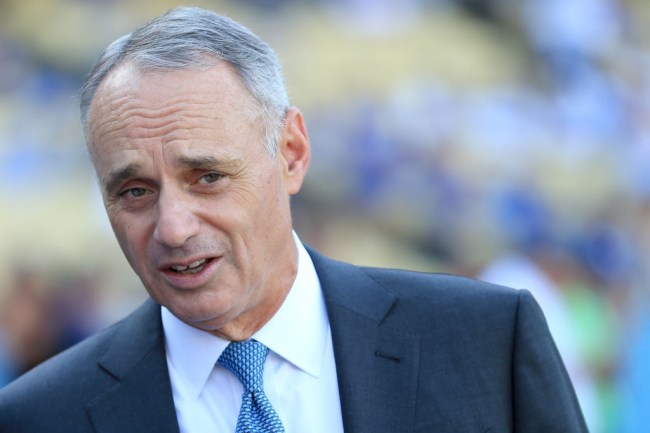 At the end of May, the NHL released the four-step plan it put together in the hopes of salvaging the season that was put on hold in March, which was designed to allow teams to ease back into action before eventually converging on two then-unspecified cities (Toronto and Edmonton were ultimately selected) where the 24 teams who received an invite would play and reside in a secure environment as they resumed their quest for the Stanley Cup.

Shortly after, the NBA announced it would also be harnessing the bubble strategy by having 22 teams gather in Florida to play out the remainder of the year at Walt Disney World Resorts. These were both fairly bold experiments that were still better than the “doing fuck all” approach, and while Anthony Fauci gave the Orlando plan his seal of approval, there was no telling how everything would play out until everyone arrived.

Things seem to be going pretty smoothly so far, as the NBA currently has no positive cases to report and the NHL recently revealed every single player in the league tested negative in the week leading up to teams making the trek to Canada.

Major League Baseball also floated a Fauci-approved plan that would’ve seen every franchise head down to Arizona before someone pointed out it gets kind of hot down there in the summer, which forced them to explore other alternatives. Unfortunately, one shitstorm collided with another to create a poop hurricane of epic proportions after players and owners butted heads harder than two drunk European soccer hooligans while attempting to hash out a plan.

Commissioner Rob Manfred was eventually forced to intervene and introduced a 60-game season with multiple precautions in place, including a schedule designed to reduce how far teams will have to travel (which is still infinitely more than those in the NBA and NHL will have to endure over the course of the season). I initially didn’t understand the thought process behind that move, as it’s not like the virus will suddenly appear out of nowhere if you spend more than two hours on a plane, but as was the case with other leagues, we’d have to wait and see how everything played out.

Welp, we didn’t have to wait very long, as it took a grand total of four days for the illness to start making its way around the Marlins clubhouse, and as of Monday, 14 players and coaches had been diagnosed with it. This led to the cancelation of two games last night in addition to what was supposed to be Miami’s home opener on Tuesday.

This obviously led to speculation about the fate of a season that’s currently four games deep, and on Monday, Manfred announced he was taking drastic measures by, um, making sure everyone knows high-fiving and spitting are now even more frowned upon than they were. Damn. I hope he didn’t hurt his shoulder bringing down the hammer as hard as he did.

This obviously makes you wonder what it would actually take for a team’s season (or the entire thing) to be put on hold and Manfred has shed some light on the issue by basically suggesting he intends for the Marlins to continue to play until so many guys get sick that any game they play would be an absolute farce.

What would force Manfred to pause a team's season? "A team losing a number of players that rendered it completely non-competitive"

He also said he expected something like this to happen but something tells me he wasn’t planning on 10 players on the same team falling ill less than a week into the season.

"We expected we were going to have positives at some point in time. I remain optimistic that the protocols are strong enough that it will allow us to play even through an outbreak like this and complete our season."

I’m not sure where Manfred was when he shared that thought but I can only imagine he was sitting at a table and holding a cup of coffee as a fire of increasing intensity engulfed the room he was sitting in.