Cancelling The MLB Season Isn’t Even Being Discussed Despite Marlins Outbreak After Just Three Games, Per Report 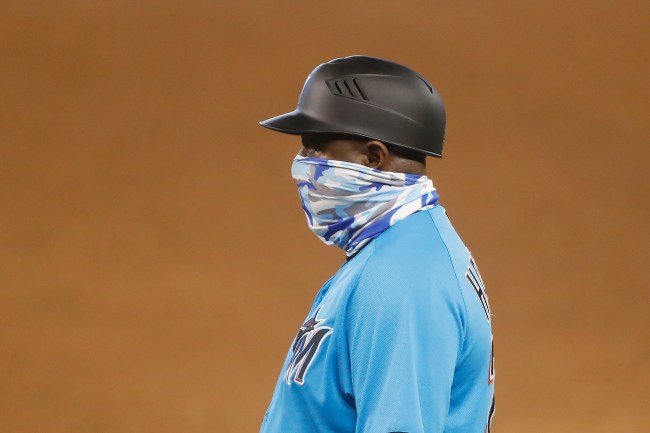 The MLB season has been back for, oh, about ten minutes (or three games), but the league received a serious bombshell Monday morning when the Miami Marlins had to cancel their season opener against the Baltimore Orioles because 10 players and two coaches tested positive for COVID-19. It’s just the most recent reminder that this pandemic sure is a real pain in the ass.

What’s worse is this: According to The Athletic, multiple sources claim that several Marlins players tested positive prior to Sunday’s game against the Atlanta Braves, yet the game was still played.

Multiple sources confirmed that the Marlins played despite having three players learn Sunday that they’d tested positive for COVID-19, just two days after a fourth player learned of a positive test on Friday. Two infectious-disease specialists told The Athletic on Sunday that those positive tests fit the definition of a “clear outbreak” of the virus within their team. But sources said those tests were not enough for either Major League Baseball or the club itself to give serious consideration to postponing this game.

Fast-forward to the inevitable fallout from all of this and, well, as you might expect, there are some wondering what the hell all of this means for the rest of the MLB season. I mean, if we’re getting games cancelled after just three days — which includes the Yankees-Phillies games on Monday and Tuesday — what in the hell can we expect for the next 57 plus the postseason, right?

Well, per a new update from longtime baseball columnist Scott Miller, the league hasn’t even considered cancelling the season, believing that the Marlins incident is more of an isolated incident than the status quo, and that the MLB season will go on as planned.

None of this is probably a shock. After all, MLB and its players worked for months to try and iron out the best plan to sneak in a 60-game, sprinted baseball season — which was like pulling teeth — so for the whole thing to go to shit after three days would be a major embarrassment. That said, if it isn’t able to be done safely, why continue to keep it going?

This was something Los Angeles Dodgers pitcher David Price talked about on Twitter. Price, who opted out of the MLB season over fear of the coronavirus pandemic, didn’t mince words in his criticism of MLB Commissioner Rob Manfred, blatantly calling out the fact that player safety seems to be getting ignored right now.

Look, nobody wants to see the MLB season, or any other pro sports’ seasons, cancelled because of the pandemic. We’ve all been there and done that. But what’s it going to take for things to be taken seriously before it’s a realistic possibility? One more team having an outbreak? A handful more? A player dying? The fact that MLB owners reportedly weren’t even discussing it as a realistic option should scare the hell out of every MLB player — because, even though so much is uncertain right now, this is one thing that can’t be fucked up.