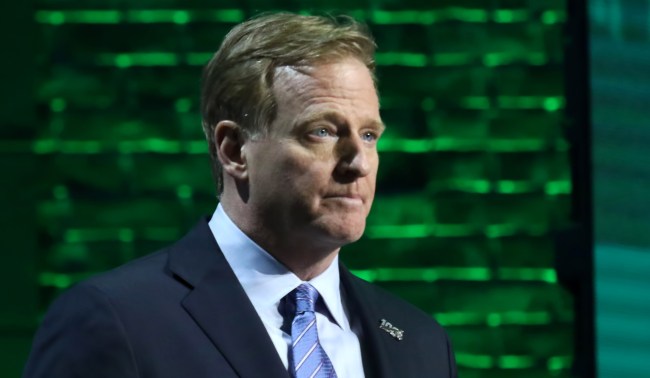 In what is sure to be a very unique and different season due to the continuing pandemic, there is no guarantee every NFL team will be able to play all 16 games this year. And according to NFL commissioner Roger Goodell, the league is prepared for that situation should it happen.

As college football continues to roll on in conferences like the SEC, Big 12 and ACC, with modified schedules and protocols, and Major League Baseball operates, unlike the NBA, without its players and coaches being isolated in a bubble, the NFL will face numerous challenges this season.

For example, despite an already shortened 60 game season, it is likely that a team like the St. Louis Cardinals in Major League Baseball won’t even be able to complete that short of a schedule after 18 of its games were postponed due to a coronavirus outbreak within the team. And that’s with the Cardinals playing a ridiculous stretch that will see them play 53 games in 44 days.

Goodell, speaking to Peter King’s Football Morning in America, said the NFL will err of the side of caution should an outbreak occur within a team.

“Do you believe that you may have to play a season where every team does not play a full 16-game schedule?” King asked the commissioner.

“I don’t know,” Goodell replied. “We’re prepared if we have to do that. We’ve obviously gone through work on that basis with teams. There will be potential competitive inequities that will be required this season because of the virus and because of the circumstances that we wouldn’t do in other years. That’s going to be a reality of 2020. If we feel like we have an outbreak, that’s going to be driven by medical decisions — not competitive decisions.”

Fans in attendance at some games and not at others, artificial crowd noise, Tom Brady and Gronk playing for the Buccaneers, the Washington “Football Team,” teams potentially playing less than 16 games… the 2020 NFL season is going to be unlike any other.