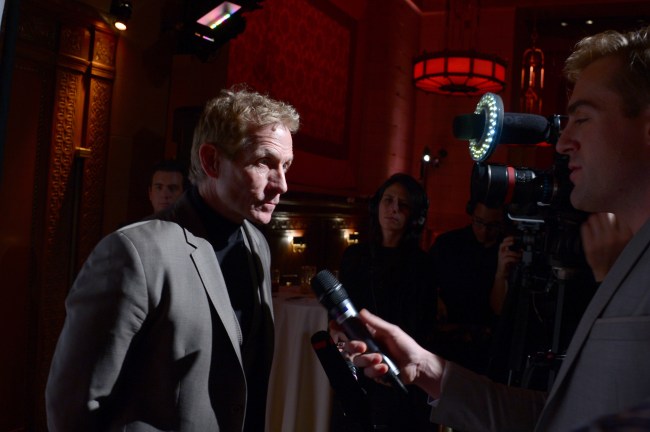 If there’s one word to describe Skip Bayless, it’s outspoken. The longtime journalist and FS1 personality has been known for his hot takes and candor over the course of his career, always acting like that pest that lingers around your ear despite the efforts to swat it away. Most times, Bayless is abrasive and unapologetic. Other times, he’s accurate and poignant in how he delivers information.

This morning on Undisputed, Skip Bayless was definitely a mix of both.

While talking about Saints quarterback Drew Brees’ recent comments about his stance on NFL players possibly kneeling during the National Anthem this upcoming season, Skip didn’t hold back in his opinions. In fact, the 68-year-old went on a heated rant about why he thinks the future Hall of Fame signal-caller is a “white elitist” who hasn’t felt the impact of the senseless murders of black people in America due to racism. It’s pretty powerful stuff, so take a look below at the impassioned delivery.

Drew’s comments represented an elite, white insensitivity where you just live in your own world. It goes back to the question of whether he can do enough to be accepted as reformed. https://t.co/8BzpDMTtZL

To Brees’ credit, he did apologize numerous times for his comments, saying he understands that the protests aren’t about disrespecting the American flag or the country, but about ending injustice and inequality against people of color. Not only did he issue the public statements on social media, he then followed that up by standing up to Donald Trump after the President questioned his reasoning for apologizing in the first place.

As for Skip Bayless’ rant about the topic, his words seemed to hit hard, because people on Twitter had mixed opinions about what the TV host had to say. See below for reactions.

thank you for being a good white, skip

Drew has done far more to help disadvantaged and poor people than either of these two race baiters.

Its called bringing awareness to and ongoing issue in this country…

Come on Skip that’s some bs- 99.9% of those protesting, looting and rioting do not care about any of those people on your list- they do not even know him- you sir are the one living in a bubble

Brees has given millions to New Orleans to aid in rebuilding after Katrina (which is rather…not-white) but he's insensitive for saying he wants to stand for the flag. Apology isn't enough now you're asking if he can even be reformed. Wokeness is a religion with a merciless god.

We’re at a critical point as a country where we’ve all got to hold ourselves and one another accountable for some of the things we say and do. And, while Skip Bayless typically trashes the Dallas Cowboys or debates things like Michael Jordan vs. LeBron James, it’s good to see him use his platform as a way to get people to think about how they can make some changes right now as we try to progress as a society.

Whether you agree with his words about Drew Brees or not is a conversation for another day, but, at the very least, it’s good to see Bayless keeping it real and challenging others to look at themselves to try and be part of the solution.