The Sports Gambler Who Lost $900K After The Clippers Blew Game 1 Vs. Jazz Must Really Be Having A Bad Morning 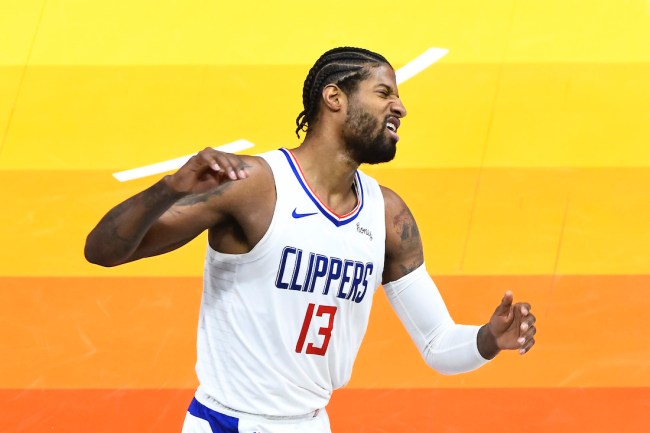 As a hopeful sports gambler myself, I know the pain of watching a game and sweating out the final outcome. While I mostly play daily fantasy and try to pick the optimal lineup using certain players, every so often, I’ll feel a gut instinct to bet on games — but my luck isn’t all that great, so, you know, why piss away my money?

While I lose $50-$100 max when I bet on games, there are obviously people out there who literally make a living betting on sports. Do I envy the fact that they call themselves sports gamblers as a job title? Obviously. But do I envy the amounts of money they lose on the regular? Absolutely not.

Unfortunately, losing money while sports gambling tends to happen more than winning cash. The goal is to try and avoid digging too deep of a hole and to, ultimately, come out ahead when all is said and done. Sadly, some people don’t play that way.

One of those people was the gambler who put a $900,000 bet on the Los Angeles Clippers to beat the Utah Jazz in Game 1 of their NBA Playoffs series — which would’ve paid out a cool $1.08 million.

Through the first half, things looked good, with the Clips leading by 13 at halftime. But, in true Clippers fashion, they blew it in the second half, squandered the lead, and ended up losing 112-109. Crushing blow for the sports gambler who just lost the price of a massive house because Kawhi Leonard, Paul George and their teammates couldn’t finish.

There are tons of stories about sports gamblers winning big — like the people who bet on Phil Mickelson to win last month’s PGA Championship. But there are even more stories like this: Where people who bet on games end up getting burned by a team or player in the most disheartening fashion. Like, this person had to be riding high 24 minutes into the game. The final 24 minutes, though? Awful.

So let this be a lesson for all you who enjoy sports betting: Never go too big. Never get too excited too early. And never, ever bet on the Los Angeles Clippers — because they’re bound to screw you like they did against the Utah Jazz to this unlucky person.