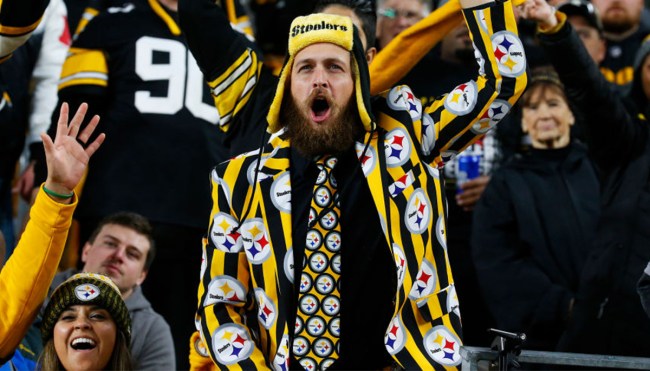 The contest between the Raiders and the Chargers that capped off the 2021 NFL regular season was a particularly intriguing one thanks to a very interesting scenario that made it possible for both teams to make the playoffs if the game ended in a tie.

That outcome hinged on the Jaguars beating the Colts in their showdown on Sunday afternoon, but after Jacksonville came away with a fairly unlikely win, it seemed like a very real possibility despite what Chargers coach Brandon Staley had to say about the potential gentleman’s agreement earlier in the week.

For a minute, it looked like the two teams might actually end up tying after the game went into overtime. However, after Staley called a fairly inexplicable timeout in the closing seconds of the extra period, the Raiders sent out Daniel Carlson to kick the game-winning field goal to punch their ticket to the playoffs.

That development was a particularly pleasing one for Pittsburgh Steelers fans who also saw their team earn a spot in the postseason as a result. Now, the team’s supporters have carried one of the coolest new traditions in sports by thanking him with a flood of donations.

On Monday, Carlson sent out a tweet to acknowledge the Steelers fans who’ve sent money to a few charities that he’s worked with and retweeted a couple of messages from the foundations who’ve been at the receiving end of the donations.

Daniel Carlson may have ice in his veins…but his heart is full of love! His support of our youth and his amazing leg has brought in over $1,500 in donations from ecstatic Steelers fans! Thank you @DanielCarlson38 and Steeler Fans for supporting #GreatFutures in Southern Nevada! pic.twitter.com/iudVOE9aad

Thank you @DanielCarlson38 @SteeIerNation and the @steelers for donating to @aTeamMinistries as we support children and families going through the journey of childhood cancer! #playoffs #iceman #legatron #wareagle #Raiders #RaiderNation pic.twitter.com/sdqY8GgAxu