Stephen Jackson Slams Kevin Durant: ‘He’s An Egg Avatar Now, I Have No Respect For Him’ 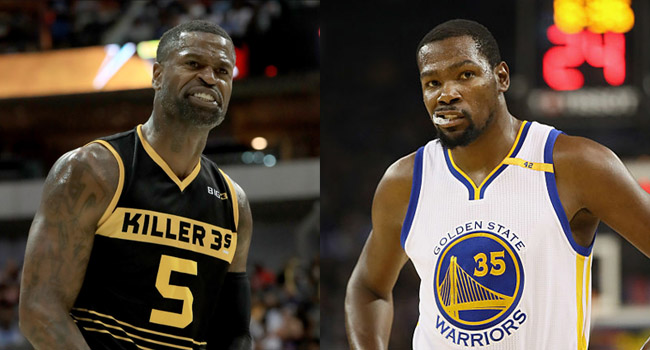 Durant has since apologized for his “perplexing” social media behavior, saying, “I have another Instagram account, but that’s just for my friends and family. So I wouldn’t say I was using it to clap back at anyone. I use Twitter to engage with fans. I happened to take it a little too far. That’s what happens sometimes when I get into these basketball debates about what I really love, to play basketball.

“I don’t regret clapping back at anybody or talking to my fans on Twitter. I do regret using my former coach’s name and the former organization I played for. That was childish. That was idiotic, all those types of words. I apologize for that. I don’t think I’ll stop engaging with fans. I really enjoy it, and it’s a good way to connect us all, but I’ll scale back a little bit right now and just focus on playing basketball.”

KD owns up to his Twitter mistake (via @anthonyVslater) pic.twitter.com/7HqhgLr4Nz

Apology not accepted, at least if you are former NBA star Stephen Jackson as he expressed during his appearance on ESPN’s The Jump…

“I look at you now as I look at everybody else on Twitter and Instagram that has a little egg avatar. You are that person now. You cannot be excluded from that. Who creates a fake page? I’m the person, if I want to respond to somebody on social media, it has to come from my page with a verified check on it. He’s an egg avatar now, I have no respect for him.”

On Tuesday it was revealed that Durant expressed some serious concerns and regrets about leaving Oklahoma City. Wonder how he feels about it now?

This would be my guess… 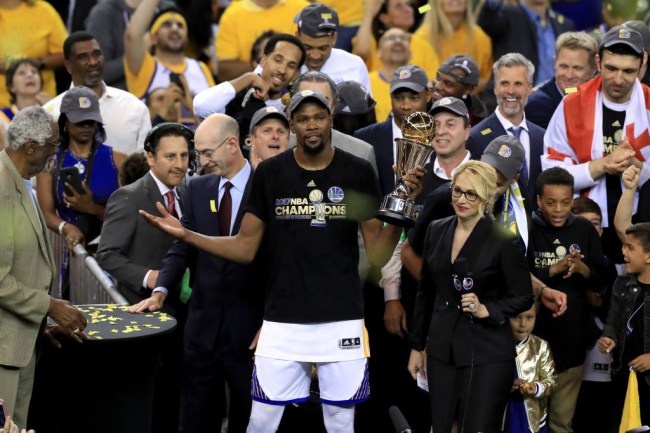