Survey Of 1,500 NFL Fans Reveals Which Teams Cause Their Supporters To Lose The Most Sleep 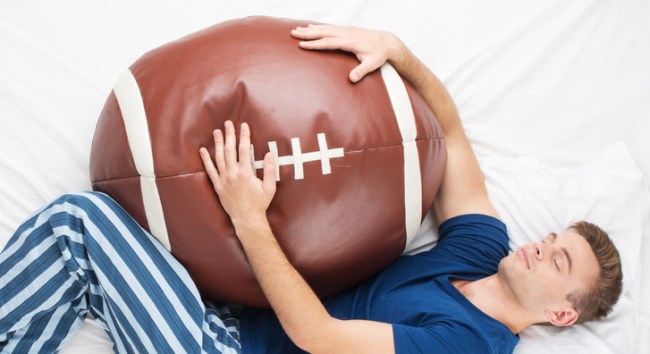 Man, with the recent flurry of free agent signings in the NFL a lot of teams are going to look very different next season *cough*Browns*cough*. You’ve got Alex Smith now on the [redacted]s, Kirk Cousins on the Vikings, Doug Martin on the Raiders, Case Keenum on the Broncos, Sam Bradford on the Cardinals, and it’s only the middle of March.

It’s enough to make an NFL fan lose some sleep wondering which player from their team is going to end up playing in another city next.

And speaking of NFL fans losing sleep over their teams, the folks over at Mattress Advisor recently polled nearly 1,500 NFL fans about just how late they’re willing to stay up for their team, if their dedication shifts during the playoffs, and which rivalries are keeping fans up at night. (How smooth was that segue?)

First up, we start with the NFL fans who are most willing to stay up past their bedtime to watch their teams.

Apparently, and I suppose you’d have to be, Jacksonville Jaguars fans are pretty die hard since they are willing to stay up the longest: an additional 3 hours and 42 minutes on average past their normal bedtimes.

Meanwhile, Detroit Lions fans (2 hours and 7 minutes) were the least inclined to stay up late to watch their squad. Go figure. 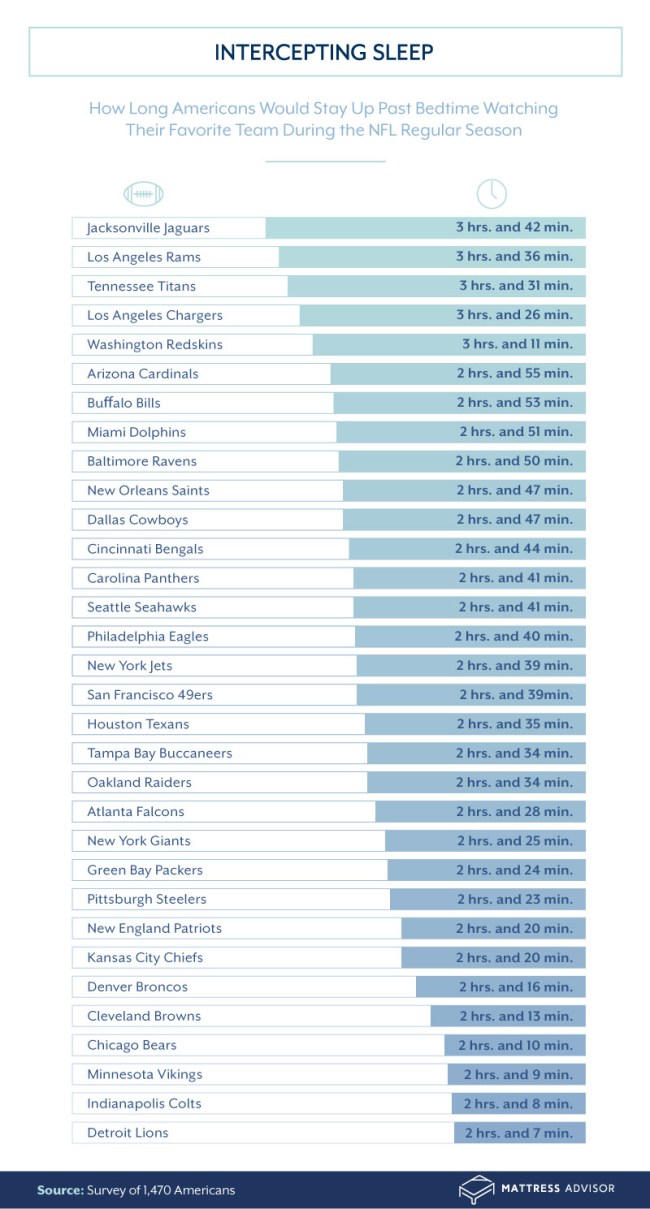 Next, let’s take a look at at how long NFL fans pushed their bedtime back to watch their teams play in the postseason. Here’s where things get serious.

The most diehard folks come playoff time are the Tennessee Titans fans who were willing to lose 4 hours, 55 minutes of sleep on average to watch their team in the playoffs. Wow.

And once again, Detroit Lions fans just want to go to bed. 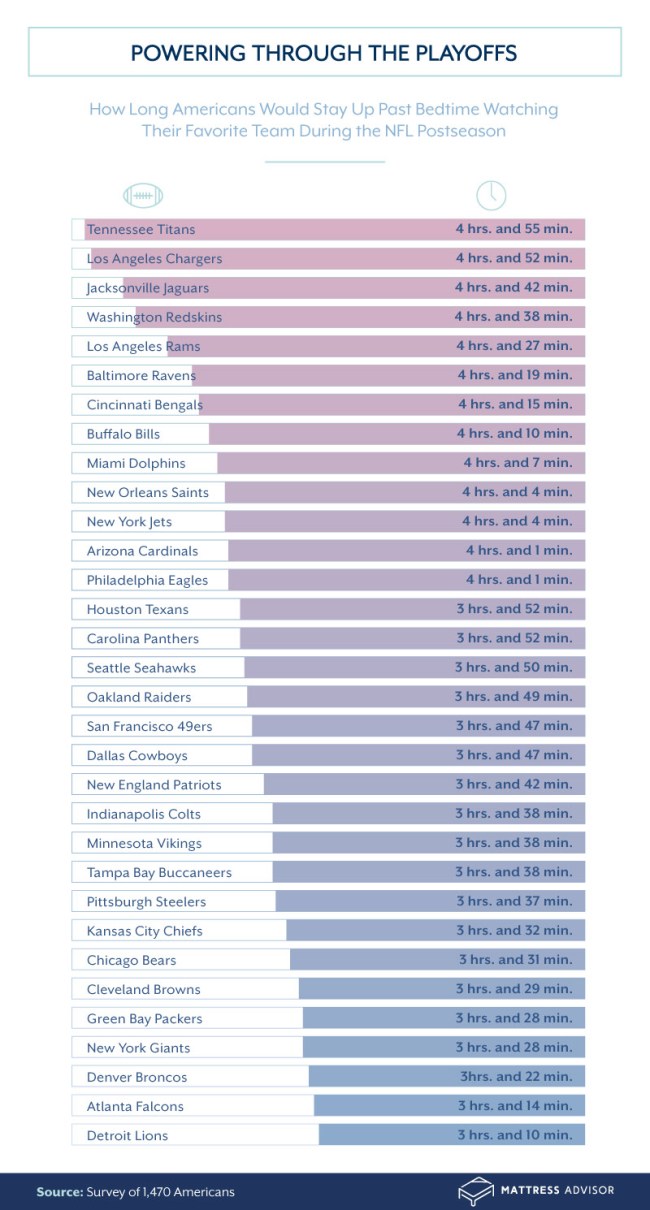 Outside of the playoffs, the best rivalries in the game are also major points of interest for most NFL fans. And amazingly, die-hard Los Angeles Rams fans were willing to stay up for 5 hours and 19 minutes past their usual bedtime to watch their team play against their biggest rivals – whoever that is.

On the other end of the spectrum, no, it’s not Lions fans again, it’s New England Patriots fans, who cared the least about rivalry games. Perhaps that’s because 9 times out of 10 the Patriots already have the game inthe bag by the end of the third quarter. 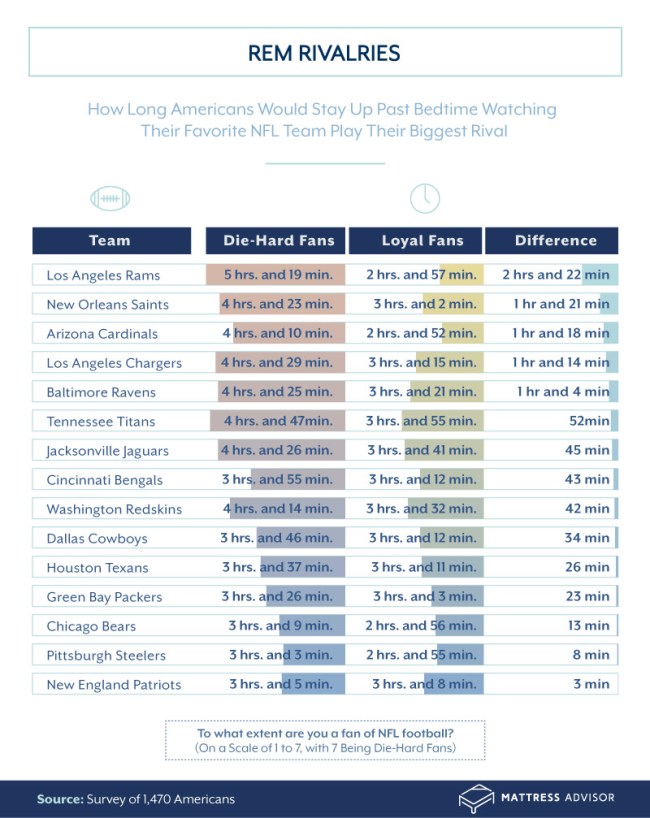 Now what about the actual results of the games? How does that affect each team’s fan base when it comes to losing sleep?

Over fifty percent of Houston Texans fans admitted to losing sleep after a loss, followed by half of Cincinnati Bengals fans. That added up to a whole lot of sleepless nights last season with 21 losses between them.

Then again, Bengals fans also lost the most sleep when their team won (29 percent). Maybe someone needs to open up a new sleep clinic in Cincinnati. 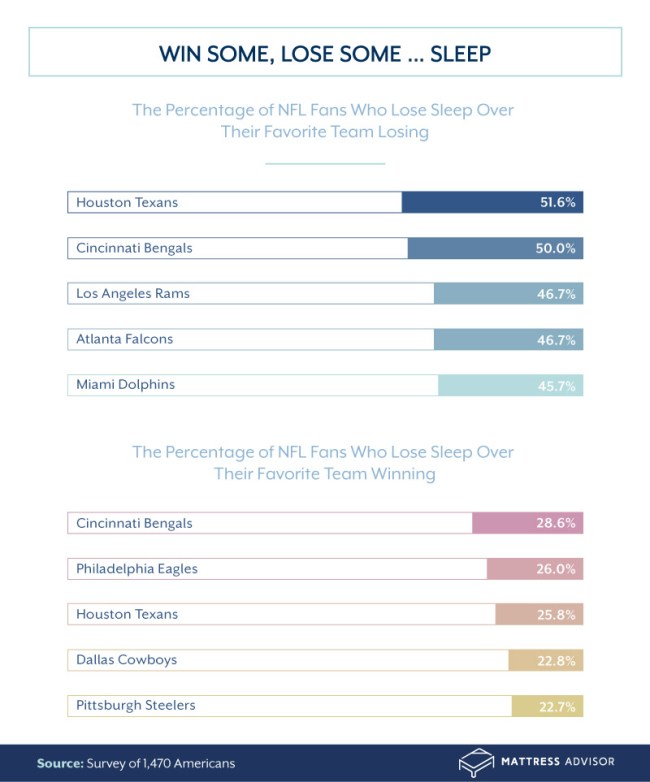 Then there is always the issue with your favorite NFL team being in a different time zone than you live in now. According to Mattress Advisor’s research, the Denver Broncos have the most fans supporting from different time zones, followed by the Packers, Saints, Cardinals and Titans. The last two teams having been located in different cities (St. Louis and Houston) prior to their current homes. 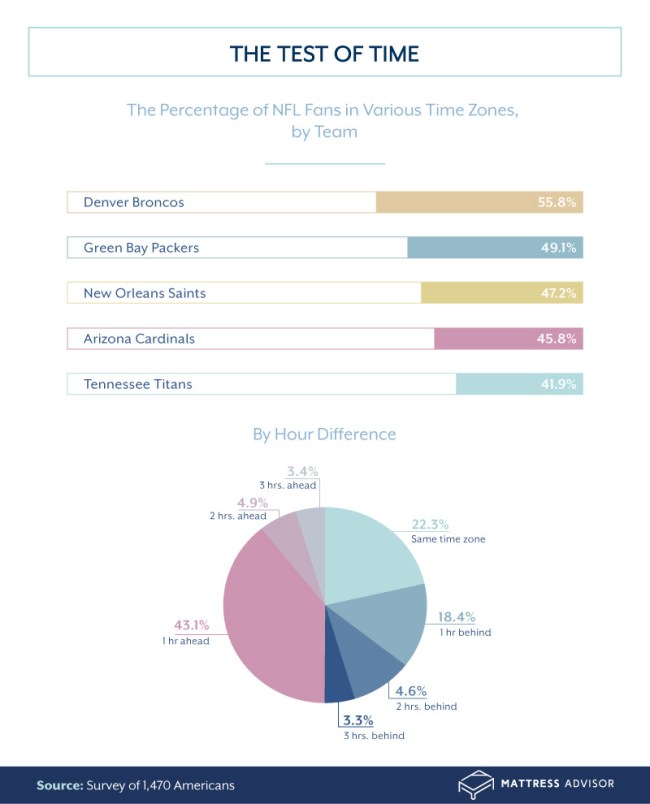 To see the methodology used for this study and more, head on over to MattressAdvisor.com.