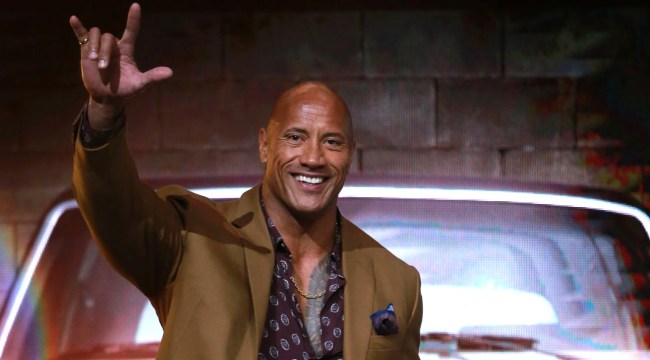 Dwayne “The Rock” Johnson is no stranger to having athletes and celebrities do impressions of him and his many catchphrases and signature wrestling moves.

There have been many who have paid tribute to the future WWE Hall of Famer over the years.

Tom Brady? Check. Kevin Hart? Of course. Golden Tate? Yep. Adebayo Akinfenwa, AKA the strongest player in soccer? You know it. The People’s Elbow is iconic.

And now we can add the latest superstar to drop his version of a Rock impression in San Francisco 49ers tight end George Kittle.

After moving to a stunning 3-0 on the season after Sunday’s 24-20 win over the Pittsburgh Steelers, Kittle, who had six catches for 57 yards in the victory, asked the team’s Twitter followers if they could “smell what the Niners are cookin’?!”

Naturally, because he is a social media maven, Johnson got wind of Kittle’s impression and proceeded to give Kittle his personal seal of approval.

“IF YA SMELLLL what the NINERS are cookin’.. 👏🏾 👊🏾 a long hard road ahead, but 3-0 is a helluva start. Keep havin’ fun boys. #eastbay #peopleschamp #peoplestightend @gkittle46 @49ers,” tweeted The Rock.

IF YA SMELLLL what the NINERS are cookin’.. 👏🏾👊🏾 a long hard road ahead, but 3-0 is a helluva start. Keep havin’ fun boys. #eastbay #peopleschamp #peoplestightend @gkittle46 @49ers https://t.co/sSYqAwsdXw

Damn. Kittle may well end up winning a Super Bowl and making several Pro Bowls during his NFL career, but if I was him I would be framing that tweet and putting it on prominent display.

Having The Rock, who knows a thing or two about football, call you the #peoplestightend?!! It really doesn’t get much better than that.