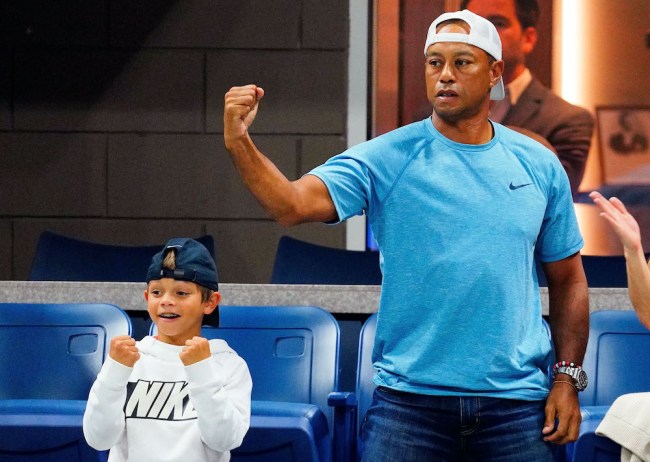 Tiger Woods’ Masters performance was a roller coaster ride. Woods went bogey-free in the opening round and birdied 5 out of the last 6 holes in the final round, semi-recovering from a disastrous 10 on a par 3 at the 12th.

Maybe Tiger will get some words of wisdom on the course from his next playing partner at the PNC Championship on Dec. 19-20 at the Ritz-Carlton Golf Club Orlando in Florida. His 11-year-old son Charlie will be playing alongside dad.

“I can’t tell you how excited I am to be playing with Charlie in our first official tournament together,” Woods told the AP. “It’s been great watching him progress as a junior golfer, and it will be incredible playing as a team together in the PNC Championship.”

Charlie is already primed for the PGA, even if he’s not quite ready for high school algebra. In a tournament this past August, Charlie beat the field by 5 strokes. He might have had help from a knowledgeable caddy.

The PNC Championship was created by longtime IMG executive Alastair Johnston and has evolved over time.

For partners to qualify for the event, the player must have won either a major or The Players Championship and their partner must not hold a PGA Tour card.

This year, Justin Thomas will also play in PNC Championship along with his dad, longtime Kentucky club pro Mike Thomas.

Even though the tournament is televised by NBC, the PNC Championship will not have spectators because of the COVID-19 pandemic.

Johnston, still the tournament organizer, feels the lack of a crowd is one reason Woods agreed to allow his young son to play. A little less pressure on an empty course.