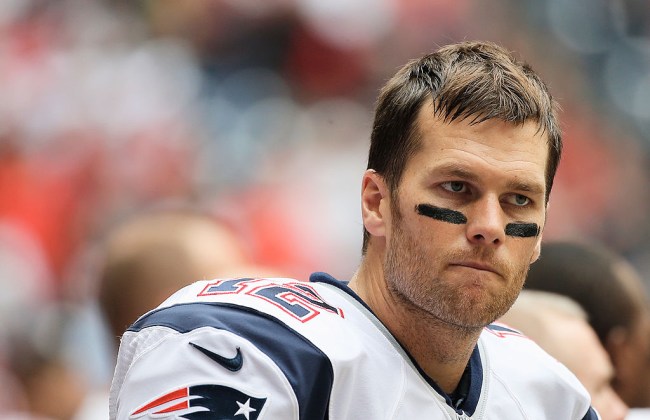 It appeared the drama surrounding Antonio Brown had come to a close when he signed with the Patriots after being released by the Raiders last weekend, but in the immortal words of Brad Pitt in Burn After Reading, appearances can be deceptive.

On Tuesday, we learned that Brown’s former trainer had filed a lawsuit against the wide receiver in which she accused him of sexually assaulting her on multiple occasions.

Brown would promptly release a statement in which he labeled the allegations a money grab, and shortly after, the Patriots—who, like the rest of us, were blindsided by the news—would respond to the development with a statement of their own.

Bill Belichick reacted exactly how you’d expect him to, and at a press conference on Wednesday, he made it very clear he was already tired of having to deal with what he views as a distraction ahead of this week’s game against the Dolphins.

Tom Brady—who was so excited about the signing that he invited Brown to bunk up with him and Gisele—was also asked about the situation yesterday, and based on his response, he’d rather talk about literally anything else.

Tom Brady was asked if he had anything to say on the Antonio Brown allegations:

Reporter: Not a word?

Brown practiced with the Patriots on Wednesday but it’s currently unclear if he’ll actually take the field when Sunday rolls around.

Based on some reports, there’s a chance he could ultimately be placed on the Commissioner’s Exempt List, and while there are rumors the NFL is planning to act “quickly,” there’s been no real news as far as disciplinary action is concerned.