Tom Brady’s Next Contract Could Reportedly Be $100 Million, Which Seems Like A Lot For A 42-Year-Old QB 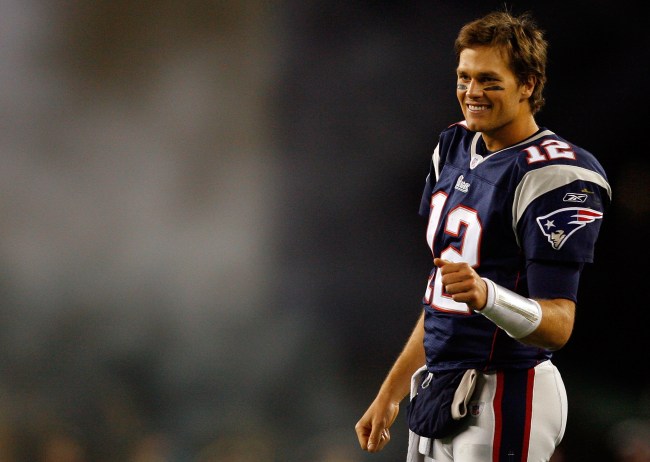 Tom Brady is the GOAT, and has six Super Bowl rings as proof of that. In addition to all the hardware from his 20 years at the helm of the New England Patriots’ huddle, Brady holds a bunch of passing records, too, so there’s no debate that he’s earned every single penny during his illustrious career.

However, the quarterback is currently 42 years old, and is set to be 43 before the next NFL season kicks off, which doesn’t seem like a good time for a team to go all-in and overspend on the guy, right? Well, as Tom Brady’s free agency approaches, there’s a lot of speculation about where he might go (or stay), and just how much an organization might be willing to spend on him.

While we’ve seen ridiculous numbers being reported already — with the Las Vegas Raiders rumored to be eyeing a deal for Brady worth $30 million per year — a new rumor has surfaced that would be even more than that. And, while the Patriots are allegedly open to letting the signal-caller test free agency before negotiating with them in good faith before making a decision, the figures being tossed around right now are mind-blowing.

According to former sports agent Joel Corry — who’s also currently the CBSSports.com contracts/salary cap expert — Tom Brady could be in line for a massive payday, with the number $100 million being reported over three years, with $65 million guaranteed. No, really, take a look at Corry’s explanation below to get a sense for why this actually could happen.

Brady has an expiring contract for the first time in his illustrious 20-year career. Reports started surfacing around the Super Bowl that the Patriots would be willing to pay at least $30 million per year to keep Brady, and the Raiders would also be in pursuit. There has been plenty of speculation about the Chargers as a potential suitor since Philip Rivers won’t be back for a 17th season.

Brady has consistently stated he wants to play at until he’s at least 45. He is already in uncharted territory as the oldest full-time starting quarterback in league history. Ben Roethlisberger, who will be 38 in March, sets the older quarterback market. The Steelers gave him a two-year, $68 million extension where $37.5 million was fully guaranteed last April.

If Brady ultimately is going to stay in New England, it would be beneficial for the Patriots to get a deal done before the last day of the 2019 league year on March 18. That’s when his 2020 and 2021 contract years void. The Patriots will have a $13.5 million salary cap charge from the bonus proration with those years actually voiding regardless of Brady’s decision about where to play next season.

Apparently, there are only a few things in life that get this much better with age, and that’s Tom Brady and a nice bottle of wine, because how in the hell can a team throw $100 million at a guy this old? Sure, he’s the best to ever do it, but he’s no spring chicken anymore, so forget the accolades and brand name he brings.

As wild as this all sounds, Brady may be looking to finally cash out and make up for lost salary over the year. Remember, he’s always taken discounts to help the Patriots’ salary cap situation in order to sign other players and stay competitive, so he may decide he owes it to himself (and bank account) to get a mind-blowing deal.

It begs a question we tossed around in Slack this morning after hearing this wild report: Would you rather your favorite NFL team spend this kind of cash on Brady and win one Super Bowl in the next three years (but then suck for the following nine as they look for another quarterback), or have a decent quarterback making far less money and go to the playoffs almost every year for a decade (but never win the Super Bowl)? It’s a tough hypothetical question to answer, right?

Who knows what Tom Brady’s free agency has in store, but with reports surfacing that he could sign a $100 million deal, it makes sense that it’s believed he’s more likely than not to leave the Patriots this offseason — because Robert Kraft and Bill Belichick are way too smart to invest that much money in just one player, regardless of who he is.