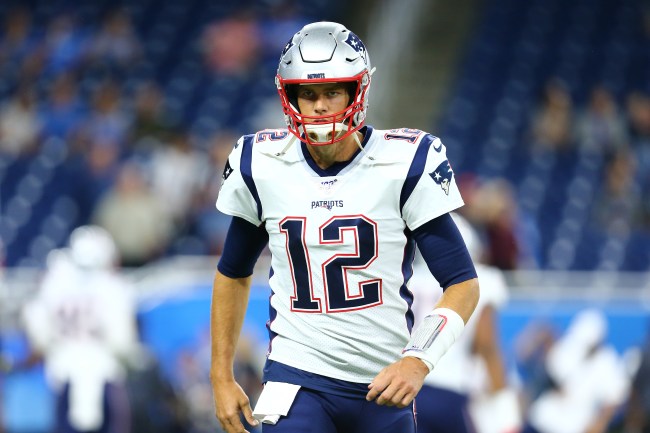 Is Tom Brady going to leave the Patriots? For the past year or so, there has been plenty of speculation that the six-time Super Bowl winning quarterback could, in fact, move on from the only franchise his illustrious NFL career has ever known. And while there continue to be rumors about whether or not that’s reality, it’s beginning to feel like the GOAT may be heading out of Foxborough.

There are the rumors about the Las Vegas Raiders throwing $60 million over two years at Brady. There are the reports that Brady could be heading to the Tennessee Titans or to the Los Angeles Chargers. There’s even a belief that the Miami Dolphins could make a play for the future Hall of Famer. At the moment, nobody knows for sure where Tom Brady might be playing next season, but, according ESPN’s Jeff Darlington, it’s “more likely than not that Tom Brady leaves the Patriots.”

Recently joining Golic and Wingo to talk about the Brady saga, Darlington added (with emphasis), just how real of a possibility it is that the signal-caller departs New England. He prefaced that suggestion by saying that most fans don’t want to wrap their heads around the idea, and, in a way, are almost in denial because they can’t envision it. Take a look at the entire segment below to see more.

“It’s time to wrap our heads around the idea of Tom Brady leaving New England because it’s a VERY REAL possibility.”

Although he’s 42 years old, Tom Brady has stated over and over that he hopes to play until he’s 45, meaning he’s probably looking for a deal of the 2-3 year variety. While the reported Raiders offer would satisfy that, who knows what else is out there for him to explore? It seems insane to think a guy his age would be making that kind of money — especially when a guy like Dak Prescott, who is 16 years younger, is looking for a similar salary — but this is the GOAT we’re talking about, so Brady’s going to have tons of money being thrown his way.

As for the Patriots’ strategy, it’s believed that they want Tom Brady to test free agency and hear what’s out there before negotiating with their star quarterback. It’s obviously a risky move, because the player could just leave without communicating anything to New England ownership, but Robert Kraft believes the relationship between both sides is too strong for something like that to happen. Only time will tell what happens, but, if this new report is true, it should be time for NFL fans to envision Brady elsewhere in a few months — no matter how wild it might seem.