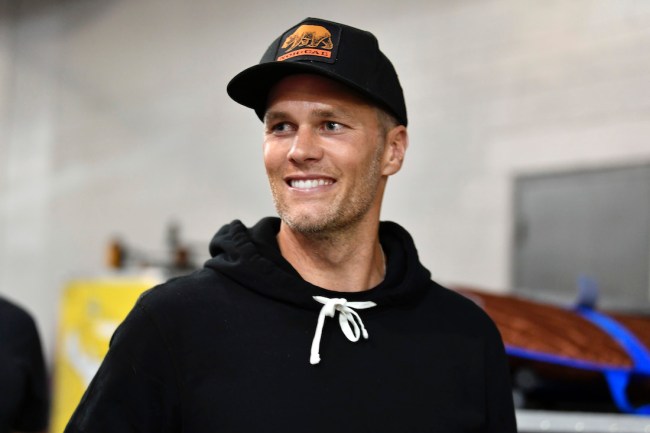 When Tom Brady hit the open market as a free agent last NFL offseason, where he’d end up was one of the most anticipated events of the year. Despite being deep into a global pandemic at the time, it was the then 42-year-old quarterback who was causing the media to go wild, inviting speculation every single day.

Ultimately, Brady signed with the Tampa Bay Buccaneers and went on to win his seventh Super Bowl title. But prior to doing so, there were plenty of suitors (and rumors) about where the future Hall of Famer was thinking about going.

There were reports that the GOAT had interest in the Los Angeles Chargers. Rumors that he was looking at schools in Nashville and would sign with the Tennessee Titans. That Jon Gruden and the Las Vegas Raiders were going to make a splash and bring him to Sin City. And there were ever lesser-known whispers that Tom Brady might do the unthinkable: Stay in the AFC East and sign with a team like the Miami Dolphins.

According to Pro Football Talk, it was that last scenario that caused the New England Patriots the most anxiety, fearing that Brady would have the chance to face-off against his old franchise at least twice per year.

Before Tom Brady made his first foray into free agency, the Patriots feared one potential destination about all others.

Imagine Brady, staying in the division, reuniting with former New England assistant Brian Flores, and tormenting the Pats for the next two or three years, or longer. Yes, the Patriots had very real concerns that would happen — especially in light of Brady’s relationship with Dolphins minority owner Bruce Beal.

After Tom Brady gave the ultimate soundbite during his recent appearance on HBO’s The Shop — where the quarterback jokingly revealed that he asked a team last NFL offseason, “you’re sticking with that motherf–ker?” — many are now speculating as to which franchise he was speaking about. Could the Miami Dolphins have been that team?

As the Pro Football Talk article highlights, it might be a long shot, considering Dolphins owner Stephen Ross wondered publicly why Brady would be interested in signing in Miami. Not exactly a ringing endorsement.

Still, even if the Dolphins weren’t serious suitors for Brady’s services last NFL offseason, the Patriots had to fear that the GOAT would love nothing more than to sign with an AFC East rival and go head-to-head against his old team a couple times each season — especially as reports surfaced regarding the crumbling relationship between the quarterback and Bill Belichick.

It would’ve been quite the scene, Tom Brady on the Dolphins. Instead, it was another NFL team in Florida that snagged the signal-caller and won a Super Bowl by season’s end.