Is Tom Brady’s Future With Cowboys? Peter King Says Jerry Jones May Want It To Be, But He Has People To ‘Talk Him Off Ledge’ 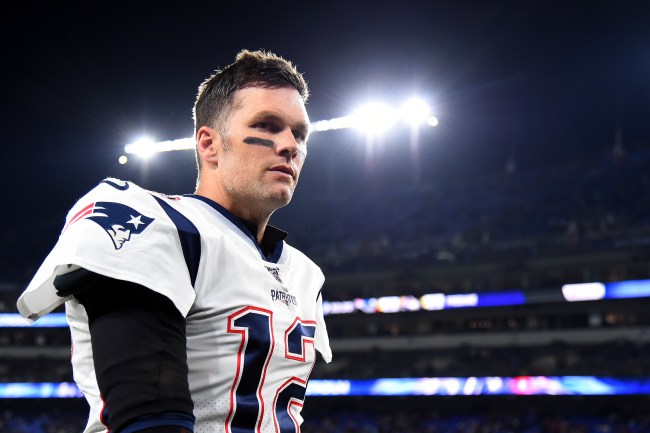 What does Tom Brady’s future hold? Nobody knows, and, depending on when you read anything on your phone or computer or watch TV, you may have a difficult time keeping up with all the latest rumblings and rumors about the six-time Super Bowl champ. One thing’s for sure: it’s the storyline of the NFL offseason, with everyone keeping a watchful eye on what might happen with the GOAT.

As the Los Angeles Chargers formally cut ties with longtime signal-caller Philip Rivers, more and more people think that Tom Brady’s future could be in LaLa Land, with the franchise turning to the 42-year-old quarterback to replace the 38-year-old one. That could be a great short-term solution, but would a team like the Dallas Cowboys — another rumored franchise in the Brady sweepstakes — do something similar by replacing incumbent starter Dak Prescott, who’s just 26 years old?

That’s the question longtime NFL writer Peter King was recently asked by Pro Football Talk’s Mike Florio, with King giving an interesting answer. That’s because, in his eyes, if Cowboys owner Jerry Jones had his way, he’d choose the more successful Brady over Dak. However, Jones has the luxury of being surrounded by good people, who would “talk him off this ledge” of choosing a quarterback 16 years older than his current one. Take a look at the full reply from King below.

“I bet today if you asked him (Jones), ‘Who would you rather have (be) your quarterback in 2020: Dak Prescott or Tom Brady, at 43?’ He would say Tom Brady,” King said on NBC Sports. “That’s why he’s got a couple of really good personnel guys and his son, Stephen Jones, to talk him off this ledge because you can’t build a team for the long haul if you’re talking about getting rid of the guy who you’ve thought all along is your franchise quarterback so you can have one year, maybe two, with a 43-year-old quarterback.”

This is sort of a no-brainer, right? Sure, Tom Brady has all the rings and accolades — and it’s unfair to even compare Dak Prescott to the future Hall of Famer, or put such lofty expectations on him — but he’s nearly two decades younger, and is just entering his prime, so why give up on him now? In King’s eyes, there’s just no way anyone inside the Dallas organization would allow Jerry Jones to do such a thing, which bodes well for Cowboys fans worried something like that might happen.

Of course, the entire Dak Prescott contract situation is a tricky one in and of itself, as there have been reports that he turned down a top-5 quarterback salary as recent as September, and is hoping for something that could top an absurd $400 million. Are the Cowboys willing to drop that much coin on him? Is any team? How does the quarterback market impact all of this? It’s a fascinating storyline to follow in the next few months.

The Patriots know that Tom Brady’s future is as wide open now as it’s ever been, and they’re even willing to let him talk with other teams to get an idea of his market value. And, while Dallas might make sense because of their appeal as “America’s Team,” Brady himself has mentioned in the past that he’s always (even if jokingly), that he’s hated the Cowboys since he was born, so it just seems like this is a rumor that doesn’t really have too much support.